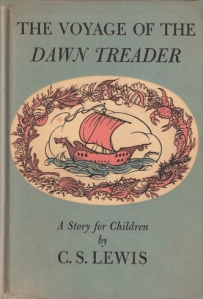 Throughout Dawn Treader, Lewis uses delightful images of ever-increasing light, both in the world of Narnia and in the character enlightenment that takes place. The ship is sailing east on a quest to find seven Lords, friends of Caspian’s deceased father. (The seven men were sent out beyond the Eastern Seas by the usurper Miraz.) Caspian seeks to determine if they’re still alive or dead. END_OF_DOCUMENT_TOKEN_TO_BE_REPLACED