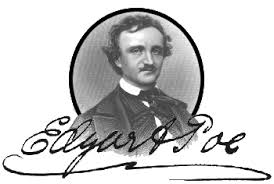 Today, I mark the two-hundred-fifth birthday of Edgar Allan Poe. As one of the earliest American writers of renown, Poe’s life unfolds a cautionary tale in our general understanding about the struggles and motivation often thought to be required of a writer. In some respects, he epitomized the stereotype of a tortured soul driven to express his passion and loneliness on the printed page.

One might easily understand the angst that seems a significant part of his existence. Born in 1809, his father “disappeared” early (so described in at least one source, while others say the man died … who can say for certain?) and then his mother died, both events occurring before Poe had reached his third birthday.

After Poe became an orphan, he was fortunate to have a well-to-do family (John and Frances Allan) bring him into their home though he was never formally adopted. Like so many relationships in Poe’s life, this one was fraught with grief.  Frances Allan died when the lad was barely twenty. Poe’s relationship with John Allan had serious ups and downs. The foster father provided funding for Poe’s top-notch early education, but there were often clashes and estrangement resulted. Gambling debts and instability were major points of contention between the two. END_OF_DOCUMENT_TOKEN_TO_BE_REPLACED