Nearly 57 years ago, our country was surprised by the launch of a rudimentary Soviet satellite, Sputnik. Thus began what was known as the Space Race. At the time, both the US and the Soviets had announced their intentions, but when Sputnik launched first, the event stunned many Americans. The authors of an article in American Educational History Journal (2009) describe it this way:  “Initial reactions to Sputnik unearthed strong feelings of fear, astonishment, and insecurity.” America’s purported technological superiority appeared to be nothing but smoke and mirrors. 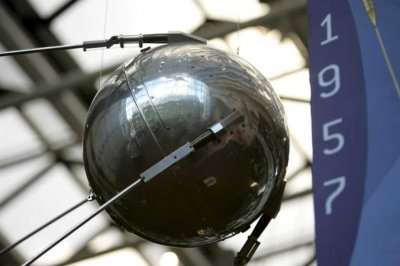 The resulting “crisis” spawned numerous agencies and educational initiatives including the National Defense Education Act signed into law by President Dwight D. Eisenhower on September 2, 1958. Remarkably, this act was “an emergency undertaking to be terminated after four years …” (so said Eisenhower). Of course, as another president once reminded us:  “The nearest thing to eternal life we will ever see on this earth is a government program.” (Ronald Reagan)

Fast-forward to 2014 and consider the ongoing debate over Common Core. According to the Core Standards website, a timeline relates that this movement is a mere seven years old (2007) and came about through a meeting of the Council of Chief State School Officers (CCSSO) in Columbus, OH. Maybe, but I suspect the deeper root of Common Core (and all its half-brother and half-sister education boondoggles) goes back at least as far as the “emergency” act of 1958.

Now don’t get me wrong. In theory, I am an advocate of Dr. E.D. Hirsch, Jr.’s concept of Core Knowledge and his best-selling book, Cultural Literacy:  What Every American Needs to Know. I believe, as Hirsch maintains, there are crucial details and shared information about a culture that make us a culture, a cohesive unit instead of a disparate group of individuals simply sharing the same or contiguous spaces. So far, so good.

In practice, however, it seems to me Common Core proudly emphasizes a shift away from the traditional grammar phase of education. If you want to sour a child on learning, offer him or her “complex texts” and “content-rich non-fiction” before the child has reliably acquired the necessary fundamentals of reading and writing and fully engaged (via stories) his or her imagination. (The quotes above are from the CC website.) And if the child is deficient in grammar, how then will he or she succeed in understanding either logic and rhetoric? (Yes, I have great respect for the classical model of education.)

Further, Common Core’s departure from conventional Math principles is well documented online, so I don’t need to critique their approach here … except to say no matter how vociferously some educators bad-mouth rote memorization, a child who hasn’t mastered (via memorization) multiplication tables (backwards and forwards, upside and down) will be immeasurably disadvantaged. 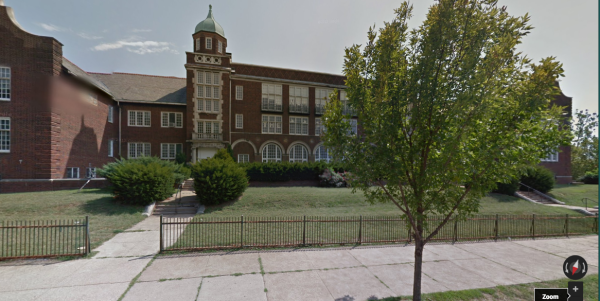 Earlier, I referenced the National Defense Education Act. I think it’s accurate to say I’m a product of that government initiative. When I entered the fifth grade (1959), I was enrolled in a “special” school program that required me to attend classes elsewhere than the neighborhood school my brothers and I had previously attended. (My brothers continued at the neighborhood school.)

Looking back on my time in “special” school (I was there eighteen months before my family moved out of the district), I experienced social stigma as the only one from my family in this pilot program. Was the education enriching? Probably. Would my life outcomes have been any different if I’d continued in my normal school? We’ll never know, but I can’t help feeling a sense that this “emergency” program was a knee-jerk reaction that also involved a large dose of educational experimentation and I was a guinea pig. I’ve come to resent that aspect.

Over the intervening years, I’ve become equally resentful of government oversight and experimentation that continues on the education front. One of the many reasons we removed our children from public education (to home school) in 1986 was due to the local school’s anemic nod at “gifted education” our daughters briefly received. Its implementation was an embarrassing spectacle and even our children recognized it.

Through the years, the fads of Outcome-Based Education, Mastery Learning, Goals 2000, and similar experiments in education boldly promised to prepare children for the 21st century. These questionable trends were in full flower when our youngest son was entering high school (as I recall). In preparation for enrollment, a counselor sat down with us, laid out a folder with papers I was not permitted to give more than a quick glance, and proceeded to tell us my youngest had been relegated to the Vo-Tech track. We should, it was suggested, simply prepare him accordingly for life in a trade. The words School-To-Work were emblazoned at the top of that folder.

At that moment, I realized they intended to “train” my son to be a cog, a functionary whose greatest mental challenge would be deciding which button to push when. Thankfully, we didn’t accept that prognostication and my son went on to graduate high school and complete his bachelor’s degree. I am so glad we had the sense to ignore that counselor!

If we are, as President Eisenhower suggested, educating children for “the needs of our society,” Common Core is probably the way to do it. When it comes to historical facts and appreciation of the arts, why would a drive-through McDonald’s employee need useless information clogging the brain? (Goodbye Bach, Rembrandt, Frank Lloyd Wright.) Stick to the demands of the job, and we’ll all be happy, right?

Or maybe we should ban the utilitarians from dictating learning and education. Maybe we should view our children as more than cogs in an automaton world … recognize they are individuals made in the image of the Creator and as creative beings, they’re entitled to make these education and life choices for themselves, with the guidance of their loving parents.

2 thoughts on “Don’t Be Common To The Core”