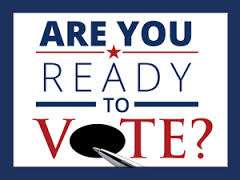 Okay, maybe I’m overstating that a bit. Thankfully, the end is in sight! Notwithstanding the potential for run-offs, we’ll be free of the intense mania for another couple of years … although I’ve already heard the prediction from a couple sources saying “The 2016 campaign will kick off on Wednesday, November 5th.” Seriously, couldn’t they just wait until after the holidays? END_OF_DOCUMENT_TOKEN_TO_BE_REPLACED