Once upon a time, I worked in the Northland Shopping Center (pictured above) at the southernmost point of this destruction. This particular shopping center was opened in 1955 when suburban St. Louis shoppers shed their interest in shopping downtown and shifted to regional shopping malls. During the period of time when I worked at this mall, I drove (from my home further west) into the area along I-270 and exited south at West Florissant Avenue (where there were also reports of looting at the Toys R Us). I followed West Florissant south for three miles to the above parking lot.

I am grieving today with the law-abiding residents of Ferguson (and the surrounding areas). No, this was never my “neighborhood,” but my heart-strings are tied to the place nonetheless. There’s no point for me to regurgitate all the myriad news reports and accounts of vandalism that are everywhere available online. Suffice it to say, businesses have been destroyed, people’s livelihoods have been drastically altered. 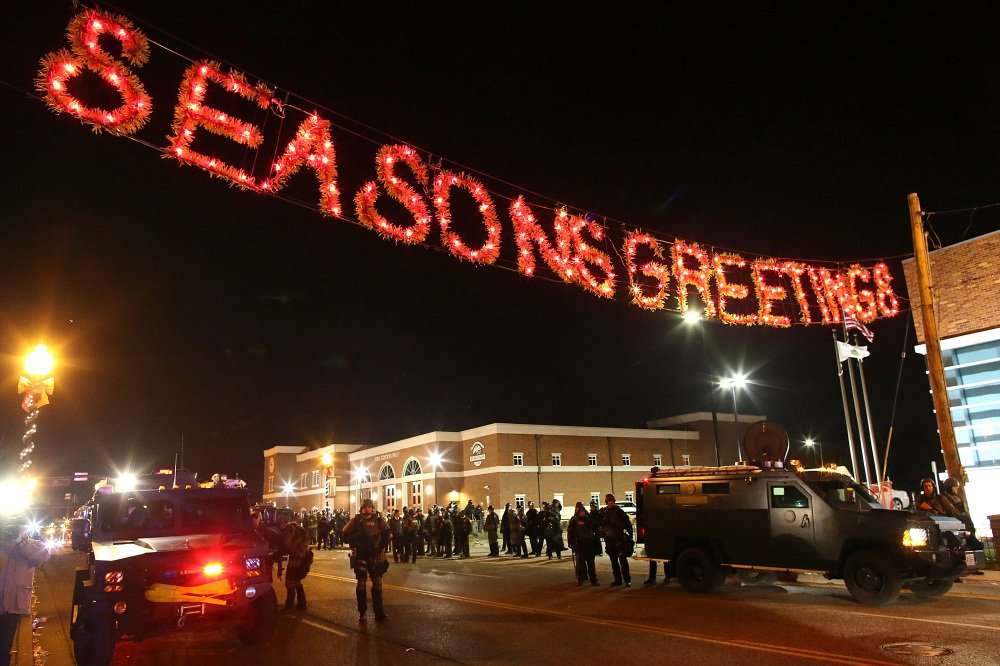 Because a grand jury comprised of twelve people from this community spent more than three months to carefully and scrupulously sift through gathered evidence before concluding that the facts did not warrant an indictment of Officer Wilson. This grand jury did everything they could to ensure that JUSTICE was served, even under terribly stressful circumstances.

I will probably never have a conversation with Lesley McSpadden, Michael Brown’s mother. I would not pretend to understand the severity of her grief over her son’s death. Without a doubt, it’s a wound like no other and she’ll wake up everyday and go to bed every night grieving for her son.

As businesses attempt to rebuild along West Florissant, I would (if I were her) connect with each one, push a broom, wash down walls, speak to local churches about what they can do to revive their neighborhood. Bring healing out of the pain … it’s the only way to keep from becoming bitter and vengeful.

I would also (if I were her) go to every school and civic organization that would have me. I would speak from my heart to every young mother present. I would remind these moms their children are precious … so precious and special … and they can be gone from our lives in an instant.

But I would also remind these moms their children are sinners who need to be trained and restrained. They need to be told “NO” when necessary, and disciplined to ensure they don’t choose to be thugs. Any associations they have with thuggish children must be curtailed. They need to be polite and respectful. They need to get the best education they can obtain and learn what it means to work hard. They need to develop their conscience and nurture their soul by seeking to know God. 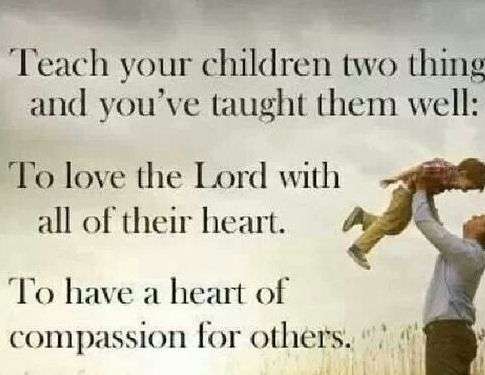 They need to know that property (whether it’s a police car or a box of Swisher Sweets) doesn’t belong to them until they’ve rightly paid to purchase it. They need to understand that cannabis may be legal in some places, but its use is mostly detrimental and should be avoided. They need to understand that right doesn’t make might and even someone who plays the part of a “gentle giant” in his home can demonstrate unacceptable behavior when he’s out amongst his peers. They need to be strongly cautioned that misbehavior can be, on unfortunate occasions, a fatal decision.

I would also underscore (for these hypothetical mothers and their children) that a policeman who takes someone’s life will never be the same again. I don’t know the officer but I’m certain he, too, will wake every morning and go to bed every night remembering that day and wishing to God he’d been able to resolve the altercation differently.

I doubt any of my suggested cautions would fall easy on McSpadden’s ears, especially with her loss so recent. But the Michael Brown story is a type of morality play where others can (and should) learn from one young man’s deadly encounter. Every mother of a young boy (whether black or white) understands there’s foolishness bound up in her son’s heart. Love him enough to expect good behavior from him; if you don’t, the law will eventually do so. A thuggish boy will likely become a thuggish man.

People in the community of Ferguson deserved better. What a shame. What a waste.