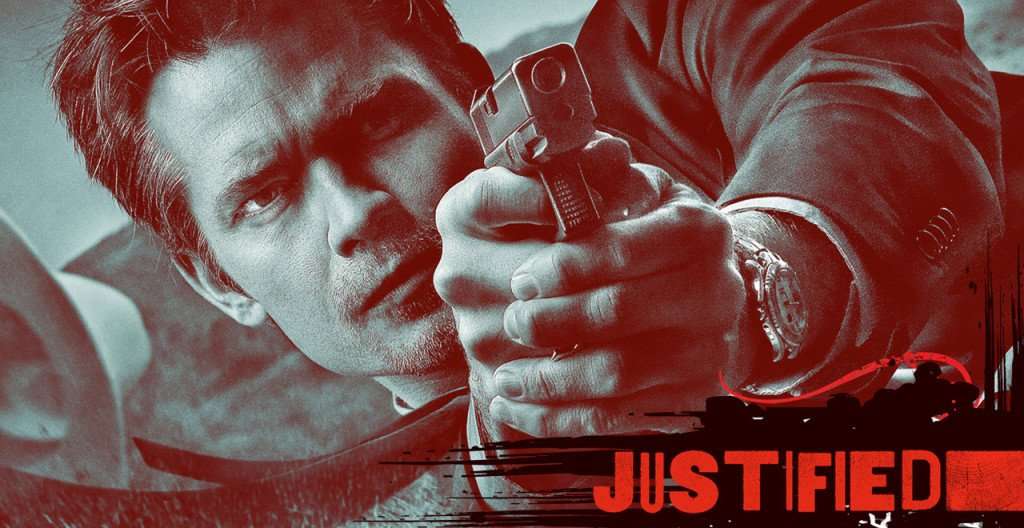 The FX Network show Justified aired its finale last night following a six-season run. Truthfully, I hated to have the show end, but its final episode hit every note with perfect pitch and stunning narrative grace notes. Without giving away any spoilers, I can’t imagine any show ending with better symmetry and poetic precision.

I was a latecomer to Justified. My son watched it and during the first season recommended it as a show I might enjoy. The first thing I did was purchase Elmore Leonard‘s book, Raylan:  A Novel (the central character of the series). Leonard (now deceased) was a prolific author. Though not classic fiction, his books are quick and enjoyable reads. I became a fan. 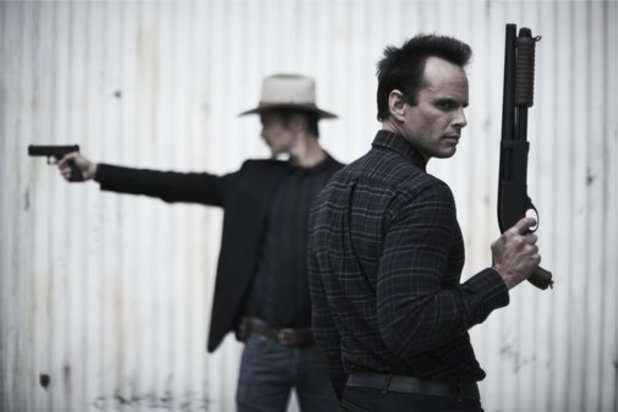 What I find intriguing is the title, Justified. The series presents human beings often in their most desperate situations, coming to terms with their less-than-optimal existence – portraying a truthful picture of our lifelong battle with sin.

We can try to “be good,” we can “reform” ourselves (turning over a new leaf almost daily), we can perform acts of personal penance (flagellation, anyone?), but the true nature of mankind is his (her) perpetual battle with sin and our desperate need to be Justified, rescued from the pit of sin and despair. 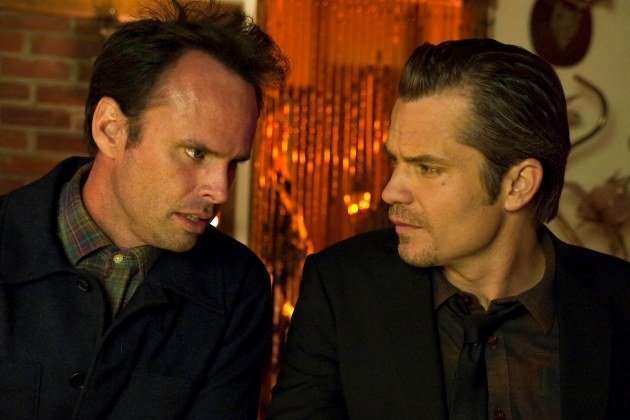 During last night’s finale, I wasn’t certain how it would end. The ever-present question is who will die in this episode?

If you scroll through the list of cast members over the show’s six-year history, it’s quite lengthy. That’s because the vast majority of roles went for one episode before they experienced a quick (and sometimes cruel) death. It wasn’t unusual to see a handful of actors be disposed of in a single episode.

Now, I can’t speak for the show’s authenticity as a true picture of eastern Kentucky culture. I’ve visited Kentucky once or twice, but my cousins (who grew up there) don’t resemble characters from Justified. Nevertheless, based on one source I read, the show had plenty of fans as well as detractors in the actual Harlan County, Kentucky area.

As my own personal send-off for the show, I composed a sonnet in the show’s honor. One note about the sonnet:  it’s not usually my practice to use the vernacular in my poems. Snipping off the “g” from gerunds goes against my nature. Nevertheless, in this sonnet, I decided it was both appropriate and necessary. Not once do I remember a Justified character seeming to affect a southern accent. Each “local” character’s grasp of the essential speech patterns had a natural and genuine delivery. (On this, I was grateful! To me, a badly-delivered regional accent is intolerable and insulting!)

So long, Justified. You will be missed. 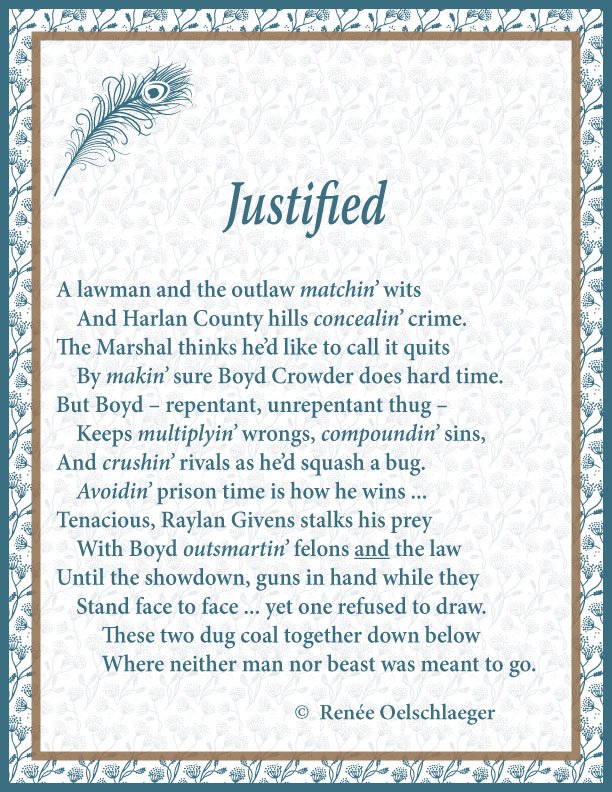