As we continue through The Book of Job, it’s becoming clearer that Job and his comforters (though not from either Mars or Venus) have been mis-communicating. In part, they may have been saying the same thing, but not successfully enough to reach a level of true understanding. Perhaps you’ve experienced the same thing? I know I have. Admittedly, it’s often because I’m more concerned about making a certain critical point. Perhaps Job’s friends were doing the same … and that’s why the first half of the books seems so repetitive.

In Chapter 25, the bilious blowhard Bildad (from Shuah) demonstrates that even a blowhard can speak with brevity and minimal antagonism. In six short verses (an impressive 81 words, depending on the version you read), Bildad makes a move toward conciliation. Instead of getting in Job’s face and pointing the accusatory finger, Bildad instead acknowledges the awesome God whom Job and all three of his comforters have previously agreed to honor and worship.

Bildad declares:  God is the ruler. He commands both fear and respect of those who know Him. He maintains peace in the entire expanse of His eternal kingdom. He owns the massive and innumerable array of stars across the heavens. Some translations substitute the word stars, replacing it with His armies. 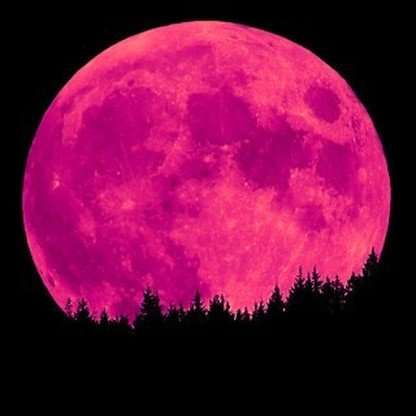 In the second half of the chapter, Bildad contrasts God’s incomparable majesty against man’s lowly stature. How can lowly man – a maggot, a worm – compare with the Most High God?

Bildad uses a marvelous image to illustrate his point. He acknowledges that God deserves our worship and that as His Creation, mortal man should desire to reflect His glory (instead of shining the spotlight on himself and his accomplishments).

Then Bildad refers to the Moon and stars. In the night sky, the stars twinkle and dazzle. They’re amazing reminders that the Universe stretches far beyond this planet. But in comparison to God’s grandeur, the stars are “not pure.” They pale in significance and seem common.

The Moon also has the illusion of shining brilliantly … but it’s borrowed light. In itself, the Moon is incapable of producing its own light, but with its amazing reflection of sunlight, we’re able to enjoy light in the night sky (minus the extreme heat that would be produced by an actual Sun so near our Earth). The Moon is, I think, a terrific picture of one’s relationship (as a created being) toward the Creator. Like the Moon, we have the opportunity to shine and shine brightly, but what we’re doing is simply reflecting the Sun … the Truth, Beauty and Goodness of our Creator.

ASIDE:  With 2014-2015 being a period of four Blood Moons (a tetrad), the Moon has attracted greater attention lately. If you’re interested, our church presented helpful information for reflection, link here.

Today’s sonnet offers my take on Bildad’s comments from Job 25. Interestingly, my poem is exactly 100 words, about the normal length (plus or minus) for a sonnet, but longer than Bildad’s brief observations. I suppose that makes me the blowhard now? I accept that … as long as it communicates / reflects one thing:  Soli deo gloria. 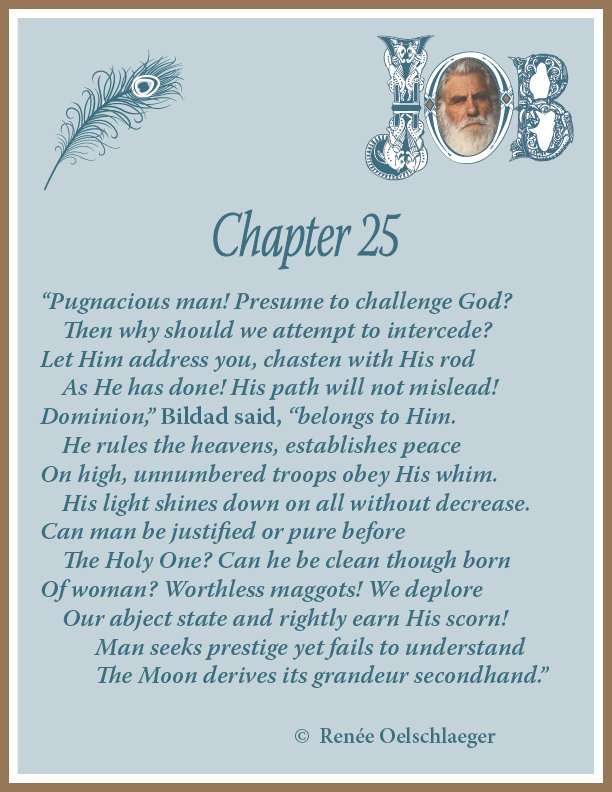