The trailer for the DC Comics superhero film, Batman v. Superman: Dawn of Justice is a hot item this weekend. Watch the trailer here. As a one-time fan of both Batman (the Christian Bale film series from 2005-forward) and Superman (the George Reeves television series of the 1950s), I’m not particularly enthusiastic about forthcoming productions. For me, I want my superheroes to remain the way I remember them. 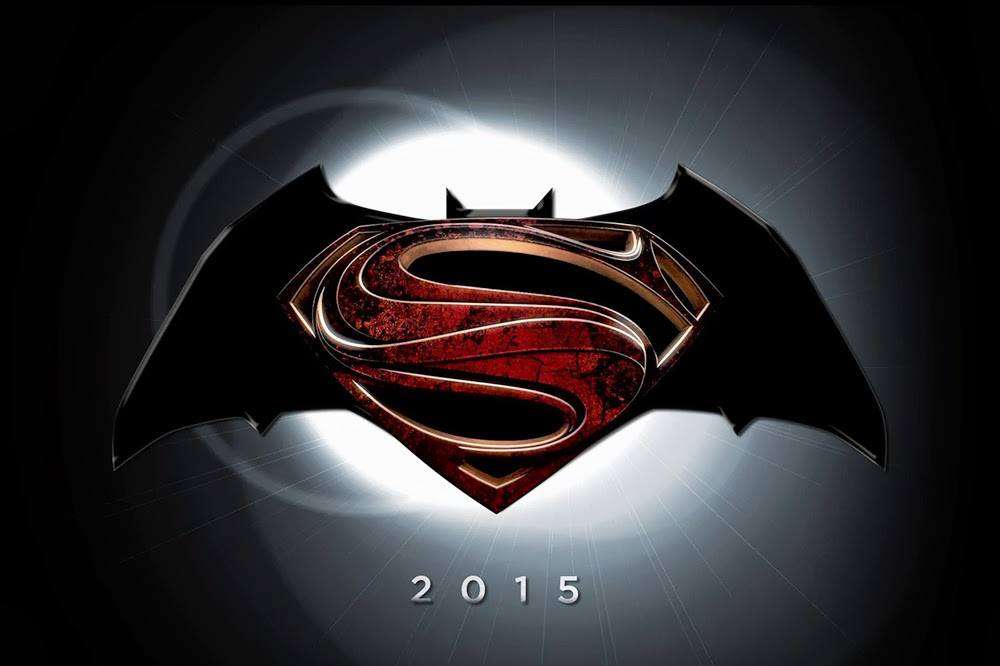 The upcoming film was originally set to release in 2014 and then was delayed to be released this year but was once again pushed back, this time until 2016. The delays are puzzling and the story line has been, so far as I can tell, kept under wraps but the title is intriguing. Are Batman and Superman going to participate in the ultimate challenge and meet face to face in the UFC Octagon?

I prefer watching the Superman and Batman as I remember them. Though I don’t dislike Ben Affleck and Henry Cavill, they aren’t Bale and Reeves. Part of being a superhero is maintaining consistency, don’t you know?

Today’s sonnet is a whimsical expression of my imagining what a Superman/Batman encounter might look like. Because they’re both superheroes and part of super-heroism is fighting for goodness and morally upright values, I have a hard time believing these two would find themselves on opposite sides of rightness … but I have to admit, I’ve been surprised lately by a number of things.

Maybe the movie intends to shatter the Truth / Justice / and the American Way myth? That may be why I’m uneasy about this film. I think superheroes mythology needs to be left exactly as it is … don’t monkey with it! 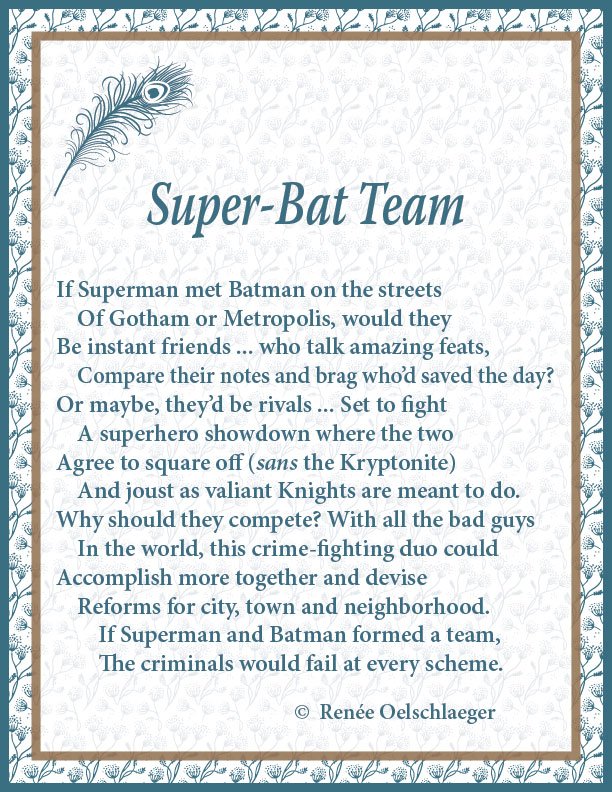 2 thoughts on “Heroes Or Villains?”