The world is a fascinating and diverse place, isn’t it! When I peer out my windows in the morning, I see the gently-fluttering leaves on half a dozen different kinds of trees. (Unfortunately, with nary a leaf between them, two apple trees my Beloved planted a year or two ago appear to have succumbed to the elements.) I’m fond of this season as trees transform almost overnight from bare-naked stick figures into full-bodied lush green finery! Diversity. 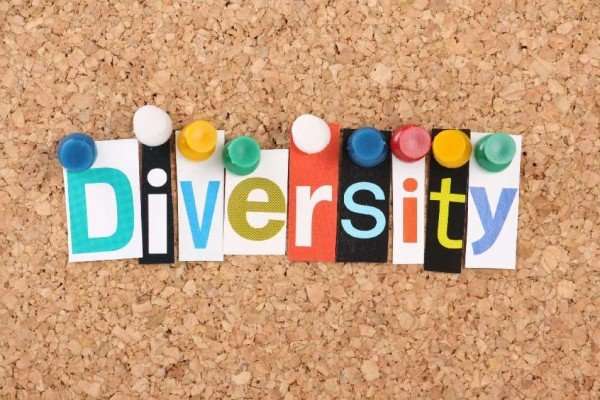 Outdoors isn’t the only place where diversity is easily recognizable. We have eight splendidly diverse grandchildren … five grandsons, three granddaughters. Each of them exhibits a completely unique personality with divergent interests and proclivities.

Since he was old enough to make basic motor noises, our youngest grandson, near to celebrating his fifth birthday, has expressed an interest in vehicles of all kinds (more diversity). He can identify things about trucks and tractors and farm implements that I’d never have known without his explanations!

Another grandson, soon to celebrate his tenth birthday, is less expressive, but his brain is absorbing everything he sees. His specialty (among other things) is grasping how mechanical objects work. Diversity.

While I do appreciate the beauty and splendor of the wide, wide world and its seemingly endless variety, I’m not crazy about the actual word d-i-v-e-r-s-i-t-y. It seems to me the word has been subtly repurposed. The dictionary tells us diversity means:  the state or fact of being diverse; difference; unlikeness. On the surface, that definition works well. We live in a culture that celebrates diversity! We like the idea of different cultures, different languages, cities, states, nations, food groups, clothing, living situations, etc. The list goes on.

But even as we celebrate diversity (our differences), it seems to me there’s this subtext which grossly abhors unlikeness. The culture presses us to think alike, act alike, wear the same clothing, cut our hair in similar fashion, drive similar vehicles, read the same books / magazines / websites, watch the same movies and television shows, idolize and worship the identical celebrities (who are themselves cut from the same mold).

Even more diabolical, we’re pressed to maintain viewpoint homogeneity. We’re told there’s only one permissible view related to:  climate change, same-sex marriage, evolution, abortion, etc. Any views that diverge from the cultural orthodoxy are wrong, wrong, wrong! People who disagree must undergo sensitivity training and group-think classes because no one – as in, NO ONE! – is allowed to stray or think for themselves!

Today’s sonnet addresses the notion of diversity. People used to say:  to each his own or live and let live. I remember there were bumper stickers for the latter expression. We don’t see those kind of sentiments much anymore. The celebration of diversity has morphed into demands of sameness. Personally, I love diversity. It makes the world and those in it more colorful and definitely more interesting! 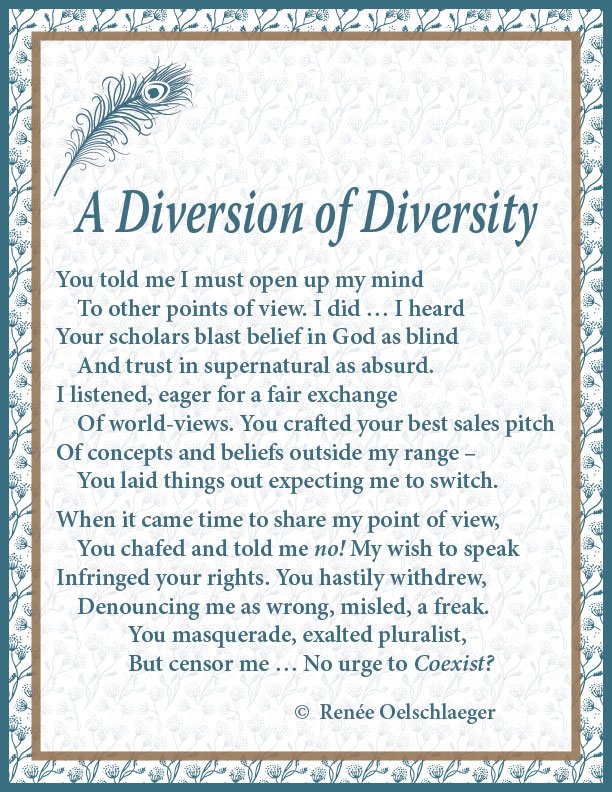