In case you’re unaware of the predicament of Rachel Dolezal, you’ll find here and here two articles that fill in the details. Perhaps neither Frey nor Henley could have imagined their lyrics might be tied to such a tangled tale!

The various discussions popping up all over social media and the internet have ranged from merciless on the one hand to sympathetic and defensive on the other. I have to admit my initial reaction was bewilderment. Then, reading further into the story, I felt sorrow for the estrangement between Ms. Dolezal and her parents. But I entertained numerous questions, most of which began with the word “Why …?”

There always seems to be a ridiculous side to stories of this nature. In this case, an extended limerick seemed the most appropriate way to address this peculiarly post-modern fairy tale. 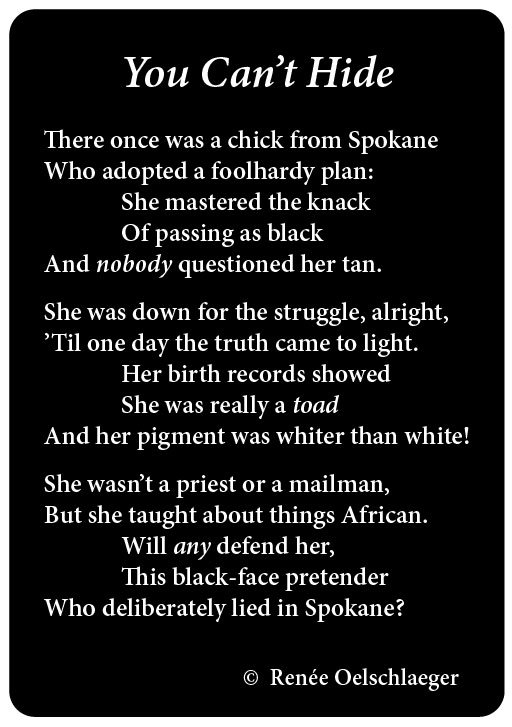