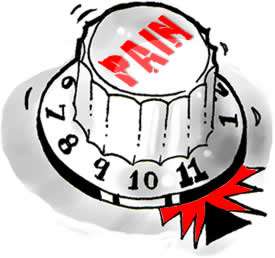 Impossible as it is to adequately understand someone else’s pain, we’ve all had occasions where our own pain has seemed momentarily unendurable. A woman in labor for thirty hours knows the pain and exhaustion that are usually relieved upon delivery. But even a minuscule splinter can cause terrible and unremitting pain which one might consider unendurable … until the splinter is removed. (I suppose in that sense we must conclude pain is relative.)

I’ve written multiple posts (here’s one) about pain. My ongoing Sunday posts related to The Book of Job (most recent post here) discuss how the central character Job endured his suffering and pain. As I’ve noted repeatedly, Job longed to die because his pain seemed unendurable. 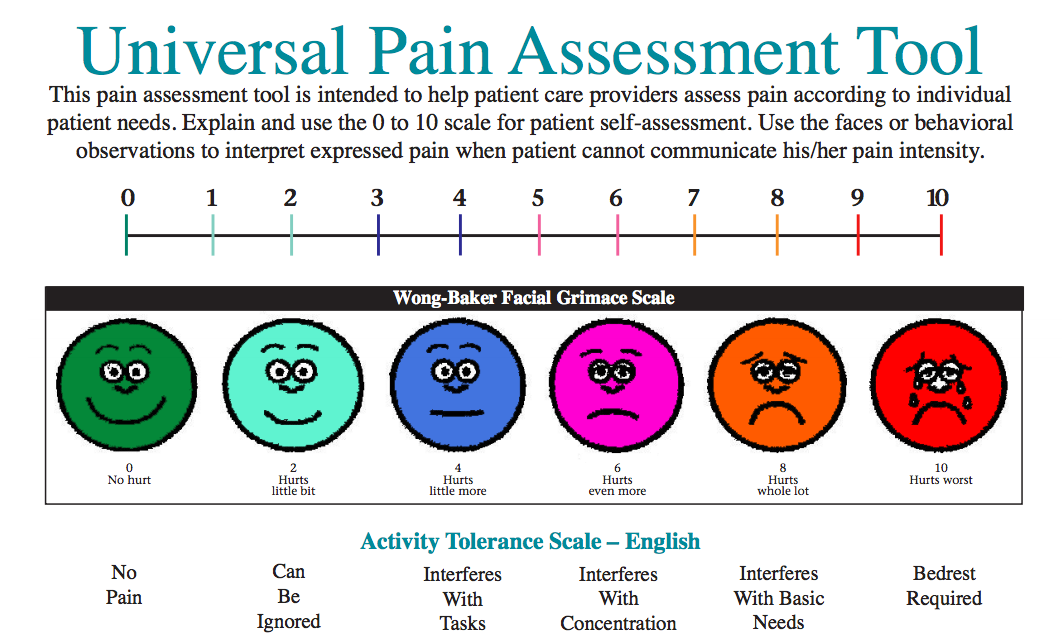 When I’ve accompanied my mom (or my mother-in-law) to doctor or hospital visits, the medical personnel have used a numeric measure to query the elderly patient about pain. I find this chart (shown above) mildly amusing … even annoying! You have to know my mom to understand she might be experiencing formidable pain, but rarely would she admit her pain is so severe as to “interfere” with tasks (level 4) or concentration (level 6) or basic needs (level 8). She simply endures!

When sin first entered the world (Genesis 3), God states plainly to Adam and Eve that the now-fallen world is going to be characterized by trouble and pain. From the moment God declared this new situation, man’s existence has been plagued. Work was no longer a smooth and holy endeavor but a struggle against physical forces (weeds and thorns, verse 18) and monotony and exhaustion. The precious gift of children became associated with pain, labor and the ever-present possibility of death.

Pain isn’t strictly physical and I think part of the Fall (as described in Genesis 3) included a fallen state of mind, where mental anguish and the effects of guilt produced a previously unknown though excruciating pain. Imagine how, if you will, both Adam and Eve must have felt deep self-loathing for plunging their children (and the entire world) into sin! (That’s a huge load of guilt for two people who knew and experienced the beauties of the Garden of Eden.) Misery, guilt, self-loathing … all elements of the Fall, all accusations from the Accuser that we are sinners.

Generally, we live in a world where there are two schools of thought on pain:  manage it (stay drugged up against it) or ignore it (suffer through as best one is able). Today’s post by Andrée Seu Peterson at World Magazine provides some additional insight. She acknowledges there are people in pain who sometimes turn to a third option. She notes the popularizing of an expression:  “Before turning the gun on himself.”

Astutely, Seu compares the actions of self-murderers against the conventional psychological doctrine of self-preservation. If a person has the instinct toward self-preservation, how does that line up with murder-suicide?

Seu believes (as I do) that the human drama has Satan’s fingerprints plastered all over it. Look again at the early chapters of Job where Satan challenges God to permit his torment of Job. Can anyone be so blind to believe the same scenario isn’t repeated today and everyday? We can fool ourselves into believing The Book of Job records a one-time-only conversation between Almighty God and Satan, but that’s just plain foolishness!

Here’s the thing. Second Corinthians 11:14 tells us “… even Satan disguises himself as an angel of light.” Satan didn’t hesitate to throw all sorts of torment and pain and evil at Job. Let’s acknowledge he’s doing the same today.