For as long as I can remember, I’ve heard the expression:  Christians aren’t perfect, just forgiven. It’s a true statement (in my view), but like many expressions Christians use, people outside the faith find such assertions annoying and even insulting. 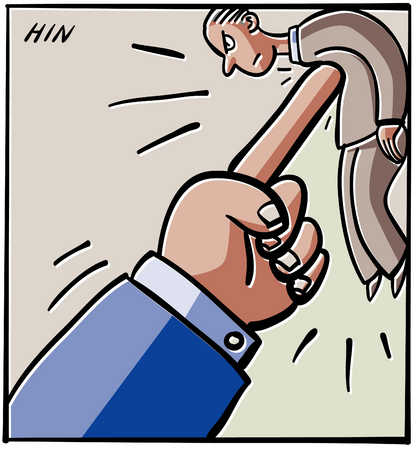 First, the statement proposes human beings need to be forgiven. Second, unbelieving individuals may feel the statement carries an implicit accusation against them.

In answer, I speak only for myself:  I needed forgiveness. Furthermore, knowing my own need for forgiveness, hurling accusations at anyone else would be asinine.

I do acknowledge what Jesus said:  “I am the way, the truth and the life, no one comes to the Father [God] but through me.” (John 14:6, NASB) I know that’s a harsh statement to many. It’s offensive! People understandably react angrily when confronted by such absolutism!

The purpose of this post isn’t to debate the validity of the “Christians aren’t perfect …” expression nor to argue the claims of Christ. Instead, as someone who has experienced forgiveness, I know I’ll never be perfect, yet I am glad to know I’ve been forgiven! The forgiveness I’ve received enables me to understand we’re all imperfect. We’re all in the same boat, so to speak.

Reading 2 Corinthians 2:14, I was reminded how God makes known “… through us the sweet aroma of the knowledge of him in every place.” I struggle here. Reflecting the sweet aroma of Christ can be a difficult accomplishment because interactions with unbelievers are sometimes confrontational. World views in conflict make for strong disagreement on a multitude of questions!

Because I’m imperfect (i.e. sinful), in my interactions, I ask myself − am I communicating the sweet aroma of Christ or hostility? I don’t want my ego to obscure the “fragrance of Christ,” but I’m not always successful … my imperfection.

Also in 2 Corinthians 2:17, the writer (Paul) says he desires to communicate the “sweet aroma” of Christ but then he contrasts himself to others who seek to “… peddle the word of God for profit.” (NIV) This is a striking phrase, because it means even in Paul’s day, some hoped to gain (monetarily) through religious adherence and propagation.

Many years ago, I wrote this somewhat lighthearted poem to address (in a general way) what was (to me) a lamentable (but all-too-common) scenario in Christian circles. I say the poem is lighthearted; the underlying message is less so, for such peddling (as Paul noted) doesn’t honor God.

This post (and the poem as well) aren’t meant to be accusatory. (Refer back to the post’s first paragraph.) Those of us who are Christians need to be aware that peddlers in our midst bring disrepute to the simple message of Christ. Further, an unbelieving world observes these side-shows (whatever their form) and in knee-jerk fashion, dismisses the message of Christ. The messengers (those of us who follow Christ) are often terribly inept communicators!

I want my life to be always a sweet fragrance reflecting my savior, but because of my fallen humanity, I’m often inadequate for the task. That’s when I relish his forgiveness the most. I echo Paul’s words from 2 Corinthians 12:10 … “… when I am weak, then I am strong.”

3 thoughts on “A Sweet Aroma Of Life”