People in the community of Ferguson (and others everywhere) should wait patiently for all the facts about this incident to be fully determined. Currently, we know a young man (teenager) is dead at the hands of a policeman. The outrage this incident has generated in Ferguson is understandable; but the subsequent looting and vandalism are inexcusable and distract from what is most important, a young man’s life ending tragically.

One of the pictures I saw posted on Twitter is worthy of reflection. The tweet below was posted by @RayDowns and he’s photographed a group of men standing guard outside a convenience shop. As I understand this picture, it provides what I consider a heartening example. Some members of this community have banded together in solidarity against potential thugs and hooligans who might wish to loot and vandalize this business. Bravo! 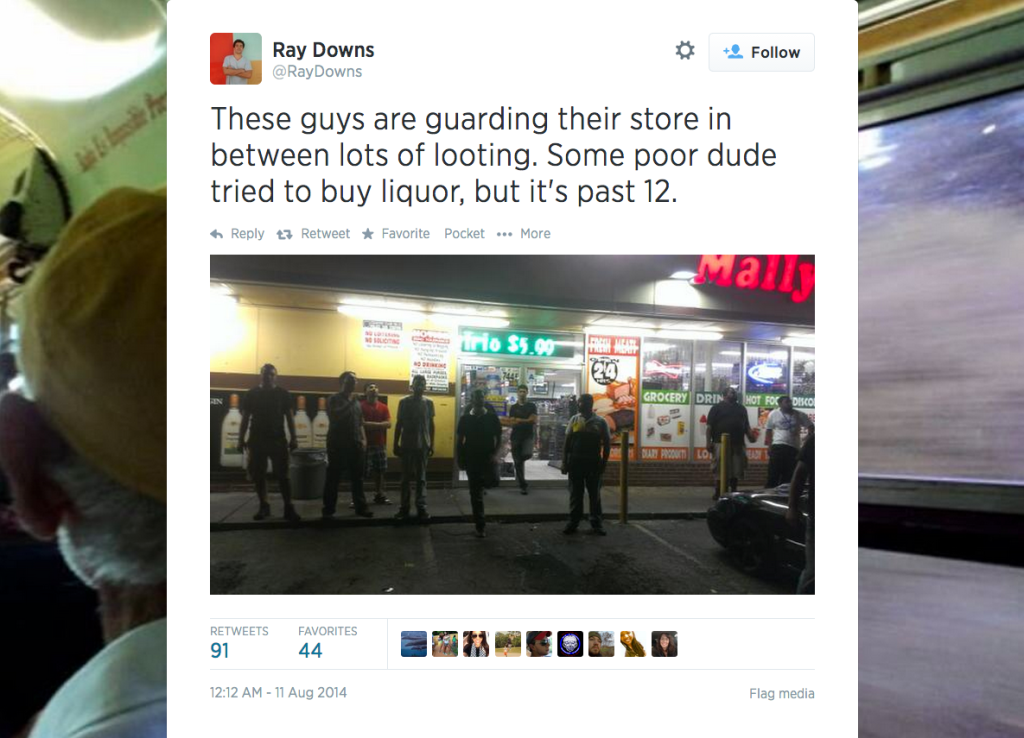 When individuals stand together and communicate to the larger population that they’re not going to tolerate shenanigans, this is activism we should all applaud! Communities used to have community standards, a foundation of behaviors members in that community were expected to follow. This goes farther back than I know, but I well remember as a youngster being aware if I behaved badly while away from home, there was a pretty good likelihood my parents would know about it … even before I went through the door that evening.

My parents, my teachers, my friends up and down the block all shared a common focus to behave uprightly, to excel at all we did and to bring dignity and honor to our community (that is, to do nothing that might reflect poorly on it). Character is built in the home and in the community. When parents or community leaders ignore the community standards, their children will ignore those standards as well.

Seeing the picture above makes me believe there are some brave men still living in Ferguson who will draw the line and say “Not here. Not in my town.” We need more men like this. Young boys trying to grow up properly need older men to model exemplary behavior for them. I hope this joint effort to protect property (and community good will) will be just a beginning for Ferguson. 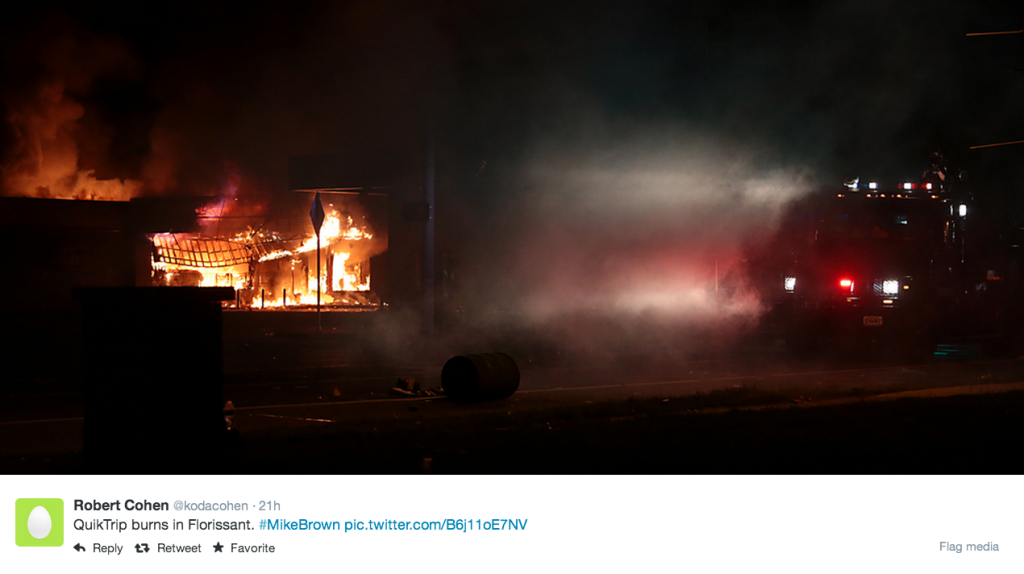 Maybe if these brave men had stepped up sooner, the QuikTrip might not have gone up in flames (Twitter photo above). Maybe the Family Dollar Store wouldn’t have been looted. Plato once said:  The price good men pay for indifference to public affairs is to be ruled by evil men.

Maybe if these brave men had stepped up sooner, at least one young man’s life might have been saved. Indifference has become too costly.

One thought on “Time For Activism”