As a little girl, I knew children who had suffered neglect and abandonment. Maybe it’s just my impression (due to hazy memories) but in those days, it seemed to me the community took a more hands-on approach to difficult relational problems.

The situation involved my dad’s friend, Bob L. He and my dad had been friends for a while. (My dad encouraged his friends to enjoy marriage and parenthood as much as he did.) Though Bob was married with two young boys, his marriage was on the brink of collapse. 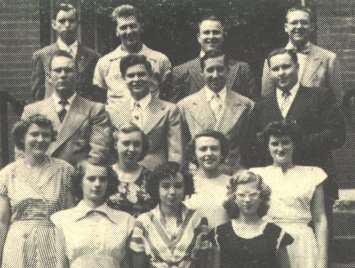 Bob claimed his wife (a physically-striking woman) cared more about parties and booze than about her husband and sons. (No doubt Bob had his own issues. I seem to remember he considered himself highly attractive.) In photo at right, my Dad is top row, second from left; Bob stands third from left.

In the mid-50s, my parents had been married about a decade. At that point, they’d been blessed with three or four children. (I don’t remember the exact year.) We lived in a small fixer-upper home in which my parents didn’t have an actual bedroom but folded out a hide-a-bed couch every night for sleep.

It’s impossible for me to know how events transpired. Bob’s wife had moved out, maybe already divorced him. Bob and his two boys, 4 year old Robby and 2 year old Ricky, moved in with Bob’s parents. Within a short while, Bob begged for an alternative situation. (Or maybe it was Bob’s parents demanding relief? Who knows?)

Somehow, it was agreed:  Robby and Ricky came to live in our home. It was meant to be a short-term deal, the boys living with us Sunday night through Friday (while Bob worked at his job). He’d pick them up on Friday nights to spend the weekend with him at his parents’ home. (Again, that’s my recollection.)

My dad was a good-hearted man and my mom totally dedicated to loving her children and making our home a sweet reflection of God’s love for us. But the addition of two extra youngsters presented the ultimate test of their patience! Even at four years old, Robby was still wearing (cloth) diapers. Ricky’s developmental disabilities were even more profound, because he’d spent most of his young life isolated and alone in a filthy crib.

Still, my parents loved those boys! Every Sunday evening, the boys were diapered when they arrived at our front door. Mom would spend a day or two (sometimes more) re-training them both, trying to instill in each one the you-have-one-job-this-week mindset. By week’s end, she (and they) could claim success. But every weekend without fail, her efforts would be undone.

I recall a Sunday night with Mom absolutely dreading their arrival. 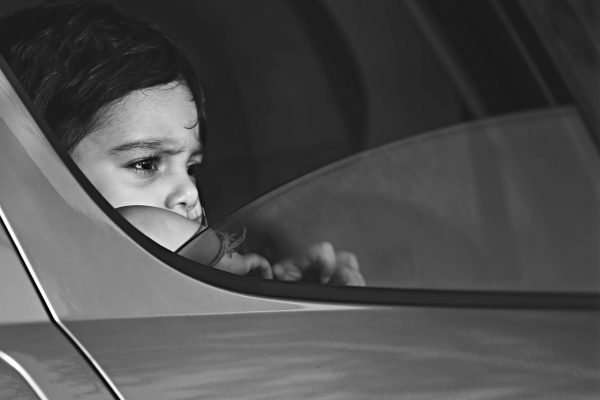 We’d been to Sunday night church as a family and we expected the boys would be dropped off shortly after we returned home. Instead of parking our car in its usual spot on the street in front of our house, Dad drove around and parked in the alley behind our house. No one exited the vehicle. From the front seat, Dad instructed each of us to be quiet and still.

Obediently, we sat in the darkness, watching in silence. Little more than 100 feet away, vehicles passed up and down the street in front of our house. If the headlights of a vehicle lingered, appearing ready to park, Dad urged “Shhh! Not a sound!” For us children, it was the height of a conspiratorial game! There may have been a giggle or two but we complied as best we could.

I don’t remember how long we sat in that car. Eventually, the scene played out:  boys and Bob (or his parents) arrived, knocked at the front door, no answer, knocked again, no answer and the boys were piled back into a curbside vehicle and carried away. There was surely an audible sigh from all of us secreted away in the dark alley behind our house!

Yes, it was a dirty trick. Mom and Dad knew it … and likely endured nagging guilt feelings for days or weeks. My siblings and I found the circumstance amusing and curious, a revelation our parents were human and given to occasional mischief. Truth be told, we selfishly wanted our mom to ourselves; sharing her (if only for that one night) had become unbearable. To our relief, this proved to be the beginning of the end.

The True Tale of Ricky-Robby didn’t end but is (by my memory) incomplete. 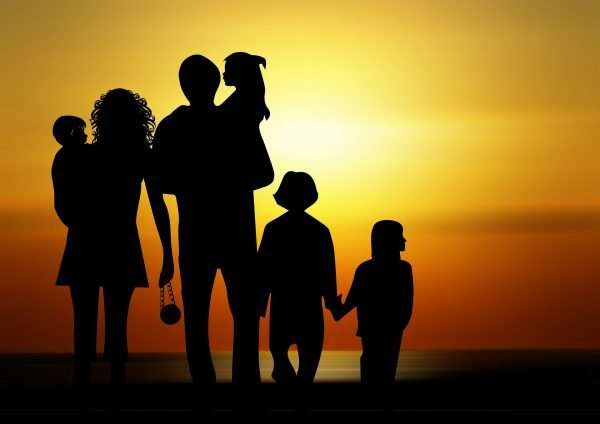 The boys lived with us for two years before Bob eventually remarried, choosing a woman with two (or three) children of her own. I believe Bob’s second wife truly loved Robby and Ricky and they came to love her. As teenagers, both boys once re-connected with my Mom (at a family event, I believe) to tell her how much they appreciated her loving care. They were so needy.

When I think today about Robby and Ricky, I can’t help but wonder how they might have suffered with 21st century at-risk existence. Would they be homeless? Sex-trafficked? Thankfully, they were saved from such possibilities, in part because my Mom and Dad took them in and gave them love, imperfect but for real.

Do not neglect to show hospitality to strangers, for by this some have entertained angels without knowing it. HEBREWS 13:2