The news is out … and it’s good, really, really good! The state of California has passed and the Governor (Jerry “Moon-Beam” Brown) has signed legislation declaring that “Yes Means Yes.” 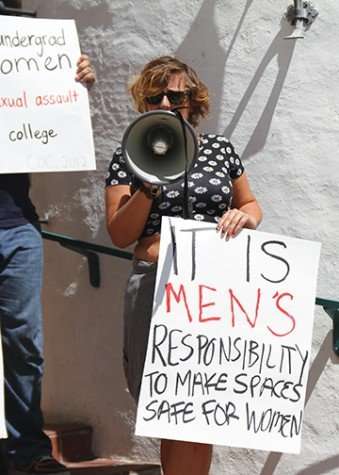 But I now know and understand that Yes is what the dictionary says it is:  affirmation, assent or approval. This has taken a huge load off my mind!

As I understand this specific piece of legislation, it will apply to all post-secondary institutions (public and private) within the state of California. These institutions will be required to follow certain guidelines when dealing with sexual assaults.

This includes training faculty and staff in proper interview techniques so as to avoid asking questions (certain questions deemed inappropriate) whenever sexual assaults are reported. The UC system will also be establishing an independent network of advocates to support sexual assault victims on its campuses.

Ah, the clarity of the twenty-first century!

Having grown up in a world where the conventional wisdom was, it is a woman’s prerogative to change her mind, I am uncertain this legislation will alleviate the apparent problem with sexual assaults … or rather, pave the way for more and more accusations.

Now please don’t get me wrong. I oppose every instance of sexual violence. Someone whom I love very dearly endured a sexual assault and the resulting pregnancy. It was horrific. As a young woman, I also experienced several unpleasant situations in which sexual advances that might have turned violent were strongly rebuffed.

The notion that sex crimes are “epidemic” on college campuses definitely satisfies a certain agenda, but do the facts actually support this agenda?

But the raw numbers alone are misleading. Table 22.2 (page 183) provides a more accurate understanding of the raw numbers, reflecting 1.9 incident reports for forcible sexual offenses in 2001 per 10,000 full-time students. By 2011, there were 2.2 incident reports for forcible sexual offenses per 10,000 full-time students. It’s also important to understand these were reports that were investigated, but not necessarily confirmed nor judged criminally.

What puzzles me is this fiction that college students are only now – at long last! – beginning to grasp the meaning of “Yes” because it has been codified into law. Have college students become so addled by their drinking and drugs that they simply don’t have the brainpower to decode spoken and/or body language anymore? Though they’re deemed capable of making life decisions, driving vehicles, bearing (or aborting) offspring, voting, agreeing to education loans and rental or purchase contracts, they are not yet aware of the difference between Yes (affirmation) and No (refusal)!

Take a look at the image above. There was a time – long ago – when men did what they could to “make spaces safe for women.” The problem I see, for the foreseeable future, is many men no longer have any idea what is expected of them! When they try to guess what it means to make spaces safe for women, they’re almost guaranteed to be wrong … no matter what.

With California leading the way, Yes means Yes is just another pitfall. Consent – however it’s defined within the law – is sure to be as impenetrable as it ever was … and as inscrutable and mysterious as the Mona Lisa smile.