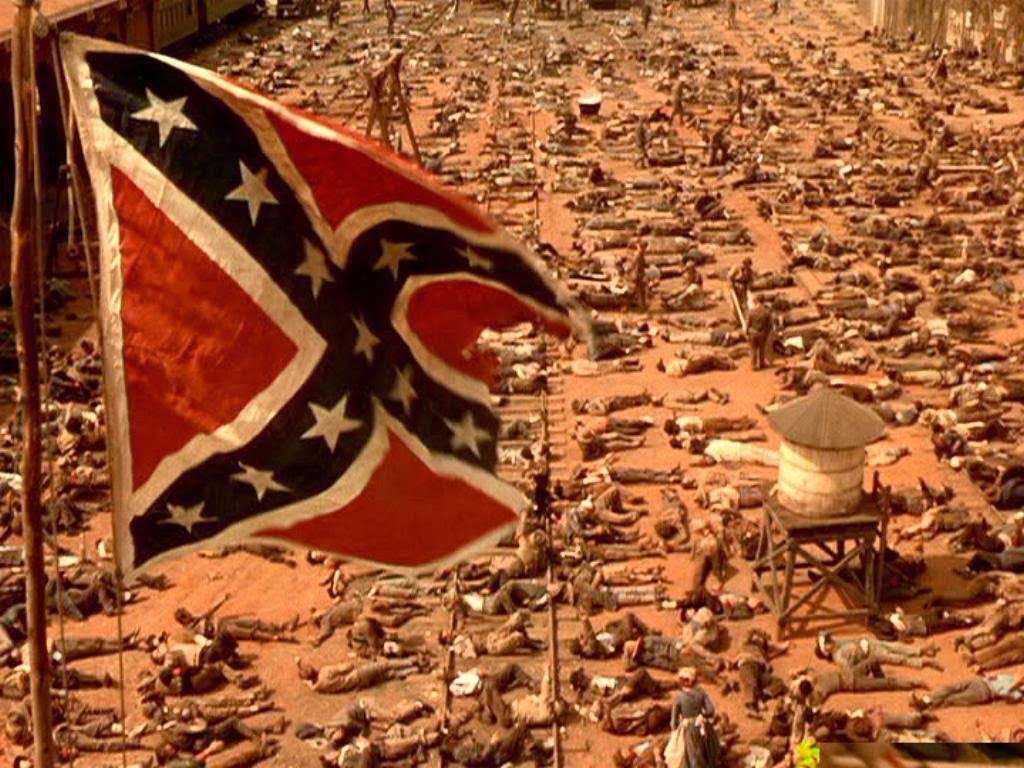 No doubt, images from the iconic movie (like the one above) are what motivates such thinking. This film critic, Lou Lumenick, asserts Gone With the Wind (GWTW) is “insidious” and goes “to great lengths to enshrine the myth that the Civil War wasn’t fought over slavery – an institution the film unabashedly romanticizes.” He characterizes author Margaret Mitchell as a “die-hard Southerner” and pooh-poohs Mitchell’s natural affinity and loyalty to the region where she was born. He calls the film an “undeniably racist artifact.” Really?

To paraphrase the late, great Charlton Heston, you’ll first have to pry this book and movie from my cold, dead hands!

Fact is, I wonder if film critic Lumenick has ever read the book in order to familiarize himself with its depth and breadth. Does Mitchell love her subject? Yes, but she tells a great story, warts and all. I can’t tell you how many times I myself have read GWTW. The movie has long been on my top 10 movie list. Whenever the movie’s aired, I usually tune in even though I own the movie DVD with extended features.

Furthermore, the sort of patronizing inclination Lumenick offers would have a net wide enough to capture dozens – maybe even hundreds – of other films! Who knows how far the banners would go? Book burning? After all, if the GWTW movie goes, who would expect the book to remain?

Earlier this week, I was watching a short series on Netflix. Featuring Kenneth Branagh as a detective, the series Wallender is set in Sweden. But get this … the second episode of the first season includes a scene where one of the minor characters is packing up his belongings and directly behind him, there’s a set of fuzzy dashboard dice emblazoned with the Confederate flag! Oops!

Lumenick makes one argument with which I concur. He asks the question:  “What does it say about us as a nation if we continue to embrace a movie that stands for many of the same things as the Confederate flag?” Actually, I agree … in that I think both the movie/book and the Confederate battle flag should stay. These are part of our history; good or bad, they say something about who we are as well as providing a contrast to the time when our country was torn apart. Why would we whitewash history this way?

One of the things that never ceases to amaze me is the knee-jerk tendency of some people wishing to ban things that offend them, to quash opinions with which they disagree. Why? Shouldn’t opinions and objects – even those which offend us – be welcomed in the marketplace of ideas?

My Beloved and I got to looking at the Arkansas flag this evening. We have always liked this flag. It’s a distinctive flag and as with most flags, the elements used to compose the flag have particular meaning. There’s one blue star that stands by itself above the name ARKANSAS. In 1987, Governor Bill Clinton signed the bill declaring:  “The blue star above the word “ARKANSAS” is to commemorate the Confederate States of America.” That reality may offend people, but I personally think it’s a reasonable reflection of the history of our state. I want it to stay there.

Oh, and those fuzzy dashboard dice? They’re starting to grow on me. I can just imagine them hanging from the mirror of this granny’s Volkswagen. What do you think?

One thought on “Banners Gonna Ban”