Stir-crazy yet? Some people have more tolerance than others, I know. Still, more and more people are expressing similar frustration:  how long must this go on?

As I read back through old posts, I was reminded we’ve been here before. Back in October 2014, it was Ebola, another virus of considerable risk. At that time, my concerns centered on my elderly mother as well as my mother-in-law who passed away in 2017. Right now it’s my mom (now in her 94th year) who remains foremost in my thoughts.

Stir-crazy would have been an apt description of her situation, especially after Mom moved from living independently in a roomy condo in 2018 and settled in a three-room residential living facility. It was even more applicable when she made the transition to assisted living and finally into nursing care. All of it moved quicker than I could have imagined, so I know it was a huge adjustment for her. She’s always been so self-sufficient. 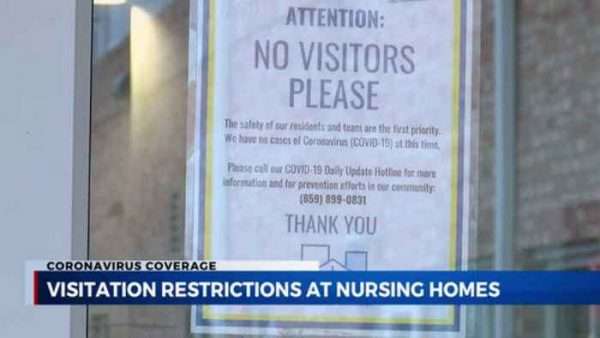 Because she’s blind and mostly deaf, the isolation has been especially difficult. My 6-hour journey to visit her has been postponed repeatedly due to the virus. Understandably, the nursing facility won’t permit a visit for the foreseeable future.

The last time I was able to talk with Mom, she was exceedingly frail … but still able to call up the persona of her younger days – a feisty, spitfire gal who always made up her own mind about things. Glimpses of that gal play across my brain because I know I’m like her in many ways.

Instead of giving in to stir-crazy, I tend to chafe mightily against it. As in 2014 when the media seemed to be consumed with all things Ebola, I turn to writing poetry. Hence, the poem below. If I could read it to my mom, I think I’d see her smile broadly and even chuckle at the crazy world in which we live.