The title of this post is courtesy of my younger daughter who told me today about a comment she fielded from someone who was observing my grandchildren (my younger daughter’s offspring). The commenter noted how my daughter’s middle child looked markedly different than his two blonde siblings. (Though their hair color is slightly obscured, pictures of these delightful children are here.)

One never quite knows how to respond to such comments. Is the person innocently observing how unique all of God’s creatures are or is the person intimating something questionable and problematic related to parentage? (I suppose a third alternative is also possible:  the commenter is dumb as a rock and has failed to think before delivering unsolicited opinions.)

I reminded my daughter of what I used to say to people who made similar observations about my offspring. Whenever people saw me with all four children in tow, their first question was usually “Are those all yours?” (Imagine! In those days before the Duggar Family, four children were considered too many for one mom!) Oftentimes, their question would be followed by rolling the eyes or a shake of the head in disbelief. (The inference usually went something like:  why would anyone want to have so many children?!)

Once I had proudly owned up to having birthed all four precious youngsters, I’d look the questioner straight in the eyes and explain:  “The blondes are by my first husband, the brunettes by my second.” Since the eldest and the youngest were fair-haired while the middle two had dark brown hair, I expected my explanation would put an end to the conversation. (Of course, I’ve only been married once and my Beloved is the one father of my four offspring, but I operated on the principle that a stupid question demands an equally stupid answer.) 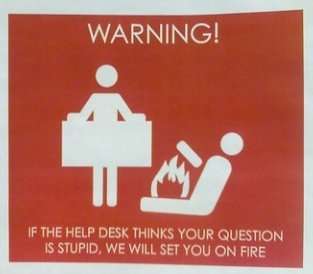 Discussing with my daughter this strange proclivity of people (to ask intrusive and sometimes insulting questions without blanching at their own insolence), she mentioned a friend of hers who adopted into their family a black child some years ago. This racially diverse family were out to dinner one day when two black women spied the dark-skinned cherub with their otherwise white family. In quick order, the family was heartily encouraged to be sure and expose their daughter to a healthy dose of “the hood” (i.e. black culture).

Though I don’t have first-hand experience in either adoptions or racially diverse family structure, I’ve given some consideration to the question over the years. My nephew’s family is racially diverse thanks to several adoptions. (These are my brother and sister-in-law’s grandchildren.)

When I think about how parents try to inculcate certain values and principles into their children’s lives, my sense is that above all else, they wish to teach their children to be good and responsible adults, mature and generous, loving and kind. Each of those qualities can be communicated without any weighing of one culture over another. I would call those qualities pan-cultural. Such qualities aren’t (or shouldn’t be) dependent or different based on skin color or some other characteristic.

Don’t get me wrong. I think it’s important for children to understand the biological roots from which they’ve come. This is why I have such an affinity for genealogy. What I discover about my roots helps provide perspective for who I am, but none of it is determinative. For example, one of my Beloved’s forebears was a sheep rustler, and such a hot-head that when the original owners stole back their sheep, this individual retaliated by murdering the original owner! If I considered such ancestry determinative for my Beloved, I’d have been a fool for marrying the guy, and today I’d be sleeping with one eye open.

Bottom line:  Roots are important. Our inherited culture flavors our lives with sweet or pungent fragrance. But if we’ve so steeped our offspring in one or another culture to the point we haven’t properly taught them what it means to be HUMAN, cultural identity is meaningless, or worse, detrimental.

Rather than using (mostly) the word bio-diversity as it relates to the eco-system, I suggest a more important understanding for it … the marvelous biological differences that distinguish humans, allowing for multiple variations in eye color, skin color and hair color (for starters) yet still allowing all to be part of the whole. The pen of the Creator works with an infinite number of combinations, to make us all human and to express his creative vision through us. Red and yellow, black and white, all are precious in God’s sight.