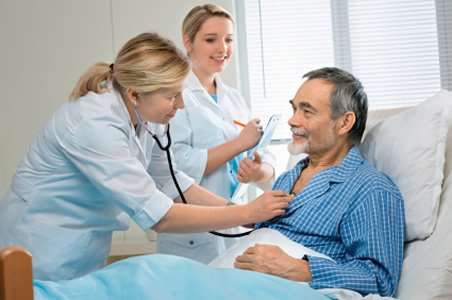 Part of Mom’s daily meds regimen is taking an aspirin. On the day she experienced this TIA episode, she told me she’d taken her medications as usual, but when the pills were on her tongue, she knew immediately the aspirin was missing. As a blind person, she’s learned how to compensate and work around this disability (not seeing the meds) but if she drops a pill before it reaches her mouth, she may hear it clink on the floor … or she may not.

Worst of all, she won’t see a pill if it slides across the floor or if it lodges in a crevice under the kitchen cabinets. Anyone who has tried to find something on the floor – in the dark – would have some understanding how big a challenge this is … but sighted people always have the option of turning on a light. My mom doesn’t enjoy that luxury.

As she related this story to me, I must admit I envisioned her crawling around on the floor looking for that lone, elusive aspirin. She eventually gave up trying to locate it, and now she believes that’s why she had the TIA. (I’m not a physician, so I can neither confirm nor deny.) But my mind played with this humorous image of her down on the floor, and before long, a poem had worked itself into form. I share it below.