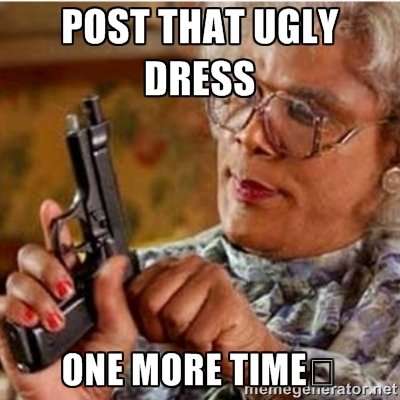 Actually, I’ll admit:  the two balloon pictures above? Yeah, I monkeyed with them to adjust the color. No real mystery there.

So let’s go back to the question. How many water balloons will it take to stop a bullet? National Geographic is kind enough to answer the questions few people ever think to ask! This was one I found interesting. Make a guess before you watch the video. You might be surprised by the answer!

Both #TheDress and the balloon video challenge perceptions and understanding. We grow up believing if we see something with our eyes, if we observe it (whatever it is), then it confirms knowledge. Our eyes don’t lie!

Thinking about trust our eyes to provide accurate information, two particular eyewitness accounts came to mind. The first, from Acts 4, relates the experience of Peter and John, two disciples of Jesus Christ. Religious leaders had thrown the disciples into jail because (in chapter 3) they had called on the power of the risen Christ and instructed a crippled man to “stand up and walk!” Miraculously, the man did exactly that!

Peter and John were released from jail … on the condition they stop teaching anything in the name of Jesus. But the two men gave a simple answer:  “We cannot be quiet. We must tell people about what we have seen and heard.”

Got that? We must tell people about what we have seen and heard. They were giving a truthful account about events that happened right before their eyes!

The second eyewitness account opens the book of First John, verses 1 to 4. This passage is a bit longer so I’ve formatted it as an image. But don’t let that distract you from what it says. We heard Jesus, we saw Him with our own eyes, our hands touched Him. Each of these declarations describes the firsthand account! And the Epistle of First John declares it was written for the purpose of telling you about what we have seen and heard. 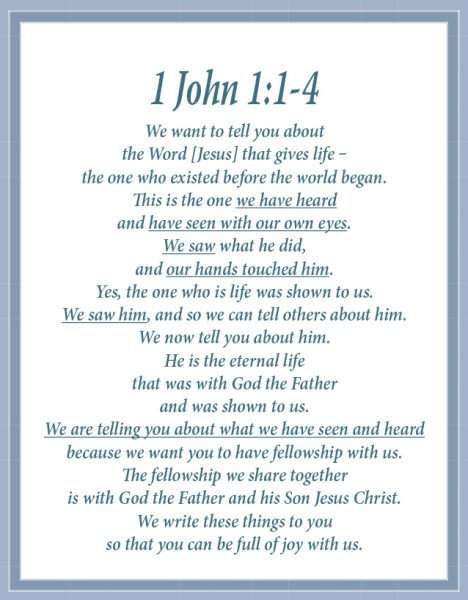 The Bible accounts of Jesus are reliable and trustworthy. God preserved the Scriptures so we could know what Peter and John (as well as the other men who walked with Jesus) experienced firsthand. An eyewitness account … we should pay attention!

4 thoughts on “Can The Dress Stop A Bullet?”