People who know me know that one of my personality quirks is an eagerness to take on almost any challenge. Don’t misunderstand me. I’m not saying I’m incapable of refusing a DARE. In my view, dares are slightly different than challenges. I don’t respond to dares in the same way, though I can’t deny I’ve been baited on occasion. 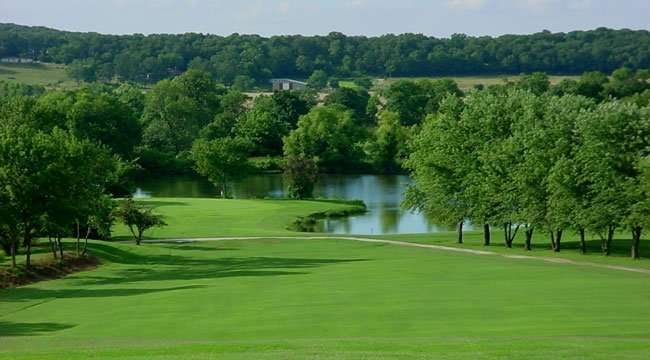 One time during our Thursday morning ladies golf game, we were on the 7th hole. This is a short hole, but also a water hole that has intimidated me as long as I can remember. Sixty-eight yards should not be terribly hard, right? But my golf balls have an incredible talent when it comes to flying over water … they mostly refuse to take the trip!

The ladies with whom I played were hitting nine irons or wedges. I’m thinking (to myself) maybe I can get over with a seven iron … or if I hit the ball surprisingly well, an eight iron, but that’s iffy. So I pull the eight out of my bag and tee the ball up just a bit. I manage to get the ball over the water and onto the grass but there’s a downward slope and the ball rolls off the grass, down the edge and into the water. But since that was a pretty dry summer, there wasn’t as much water in the pond and the ball got caught in the muck (ducks) and dirt.

Down the cart path to the green we go and all the ladies are well aware where my ball has landed. (Their balls have all landed on the green.) One friend says, “You can hit it from there.” Then she flashes this smile that silently communicates, “I dare you.” I take a quick assessment of the situation and think, “Why not? What have I got to lose?”

When I took the next stroke, I think I must have gotten the ball onto the green (can’t remember) though I’m quite sure I didn’t get a par, but my decision was definitely not a smart one because as I hit the ball, I splattered myself with duck dung such as I’d never anticipated. Of course, the other ladies got a big laugh at my expense. We always had a great time together, but I don’t think I’d do that particular shot again.

Back to the idea of accepting challenges … I’ve always loved a good challenge. As a young writer learning about poetic forms, I heard about the Sestina form and decided I should try it. As soon as I learned about the form, I acknowledged it would be a difficult form and challenging, but decided this was not going to be a form to intimidate me.

The sestina is an age-old form and it’s long ­‑ 39 rhyming iambic pentameter lines, divided into 6 six-line stanzas and a final three-line envoi. (I hope I haven’t lost anyone yet, but I suspect I have. If you’re still with me, hang in there please!) The rhyme scheme repeats in a unique pattern (shown below) and the envoi employs all six words from the rhyme scheme, at the middle and end of the lines. Did I say challenge?

Once I studied the form, I decided my first attempt at the form would probably not result in a great poem, but that’s just part of the developing poet’s terrain. I couldn’t not do it! I began with one idea in mind:  in order to make sense of the rhyme scheme, I chose the numbers one through six as my end rhymes. Fortunately, all six are one syllable words and would easily conform to the technical requirements for the poem.

When I began composing the poem, I didn’t know what it meant to be “at sixes and sevens.” Once I understood the phrase, it seemed like a perfect concept to include in the poem. Another part of the poem refers to “six receiving senses.” In addition to the five senses we normally think of (sight, hearing, taste, smell and touch), I thought it was important to include our spiritual or intuitive sense (our sixth sense) because I think it’s the most integral part of who we are.

If you’ve stuck with me this long, I appreciate your indulgence and patience. Here’s the poem below. To this day, I haven’t tackled another Sestina, though I hope to do so eventually. Hope you enjoy this one!

3 thoughts on “Challenge Me”