This situation surprises me. Insofar as I have no experience at KSU (nor any other institution of higher learning in recent years), my limited frame of reference is the university from which I graduated. Comparing my experience to what is shown on the video above is a difference of night to day! From what I recall, my professors and the associated staff members were always eager to interact with students and provide help whenever needed. As Bruce points out on the video, students are paying for this assistance!

I think the reason this story caught my eye was because I’d just read an article in The New York Times entitled What’s the Point of a Professor? (The article has a great graphic, by the way.) Writer Mark Bauerlein’s observations were fresh in my mind and he writes about surprising changes in the college experience, changes that run counter to what I remember … while at the same time seemingly in line with Kevin Bruce’s poor treatment by the advisor. 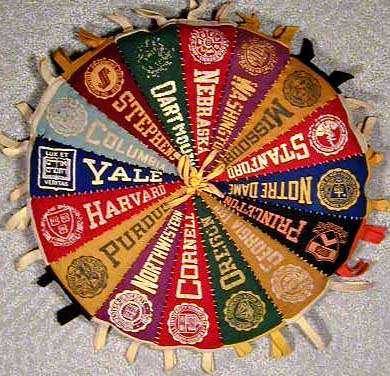 Obtaining a broad liberal education, I was told when I graduated high school, was the primary goal of college. Sit in the front row, make eye contact with professors on the first day of class. Engage them in conversation and ask questions so they know you’re interested. You want them to remember you. Listen to their ideas but don’t be afraid to challenge them. Make class attendance a priority and complete assignments on time. Those are the keys, I was told, to an excellent educational experience.

In my college, office doors remained open and welcoming, with professors ready to interact if I dropped by … unless another student had come before me. Professors invited students into their homes for dinner or snacks or just to socialize. Interestingly, a couple of those professors (now aging widowers) still practice that same hospitality! The years since college have not dimmed the sweet fellowship we enjoy.

Bauerlein cites a survey that shows a student reversal in objectives since 1967 (the year I entered college). By a significant margin, students then were more concerned about developing a “meaningful philosophy of life.” Today, this objective is but a distant goal, falling far below the goal of “being very well off financially.” In this regard, it seems professors have been relegated to the role of impersonal facilitators, the faceless means to a materialistic end. And how the students are missing out!

I know nothing at all about Kevin Bruce other than what is evident from the video, but I think it’s ironic he presumed his status as a student entitled him to be treated respectfully as any human being should be. (Such temerity! Yes, I’m being sarcastic.) Isn’t Bruce supposed to follow the lead of other students who don’t care about anything except graduating to their six-figure incomes? Asking for help, advice, guidance is so twentieth century! 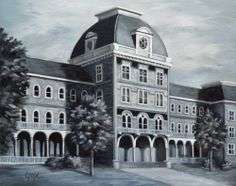 Additionally, I find it appalling that an advisor (academic or otherwise) would be so utterly void of basic decency as the video demonstrates! I wonder, do the words customer friendly mean anything to this woman? Shouldn’t she be delighted to help a student? Or at the very least, welcome him to sit on a couch until his appointment time?

Professor Bauerlein relates the model of interaction he expects from students enrolled in his classes. He challenges his students to excellence and in doing so, he helps them develop the kind of character where they are eager to excel. Bravo!

2 thoughts on “Dawson Up A Creek”