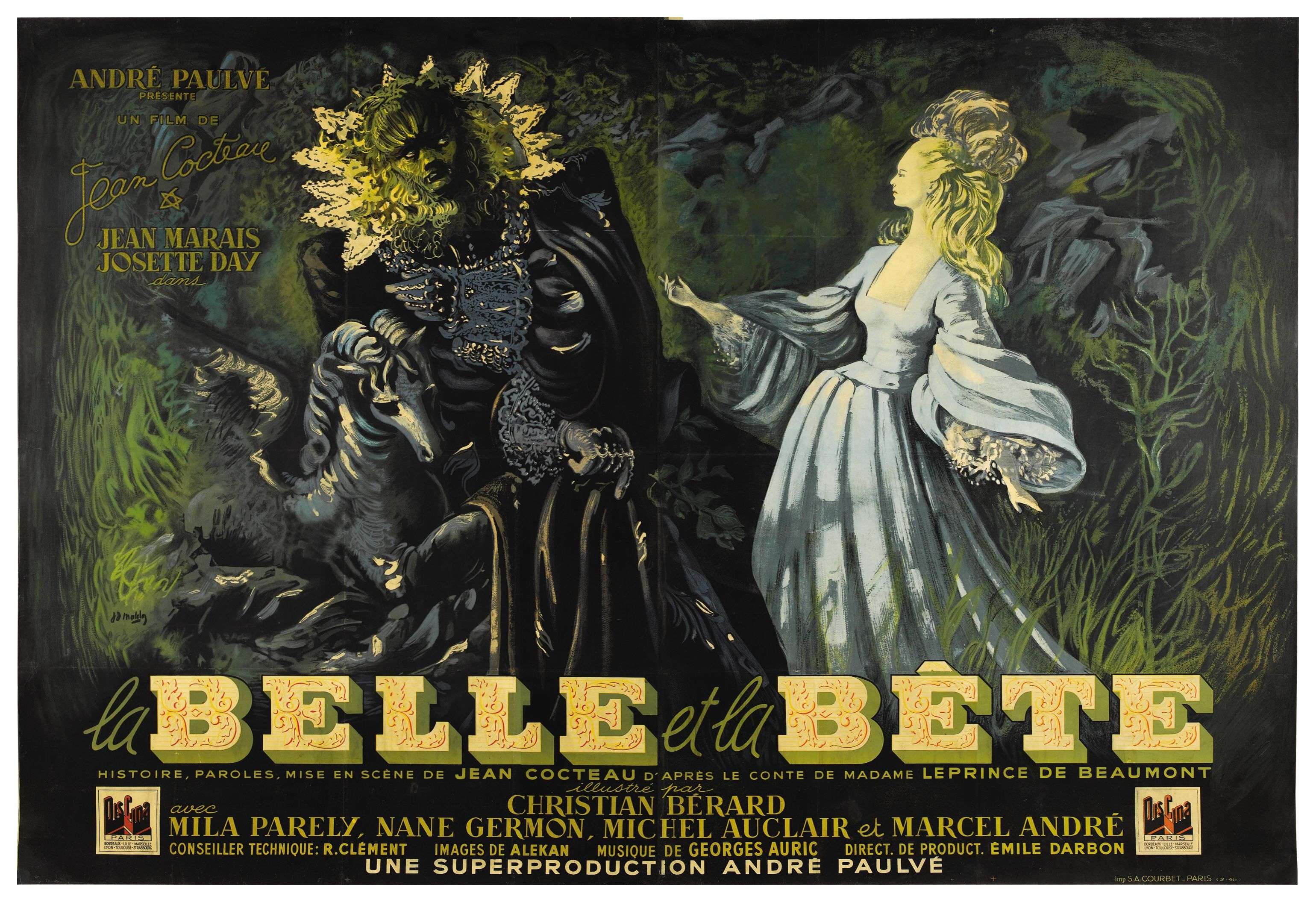 My enormous love of fairy tales drew me immediately to the airing. (I think I must have missed the first five minutes or so.) Because the film was already in progress when I turned it on, I missed the setup but I’ve gone back to read about how it begins (somewhat inadvisedly) with a written preamble. The filmmaker invites the viewer to watch the film through the eyes of a child who believes in fairy tales and believes in magical worlds in which a beast might have unusual powers and a beautiful damsel might be convinced to take up residence in the home of the beast. 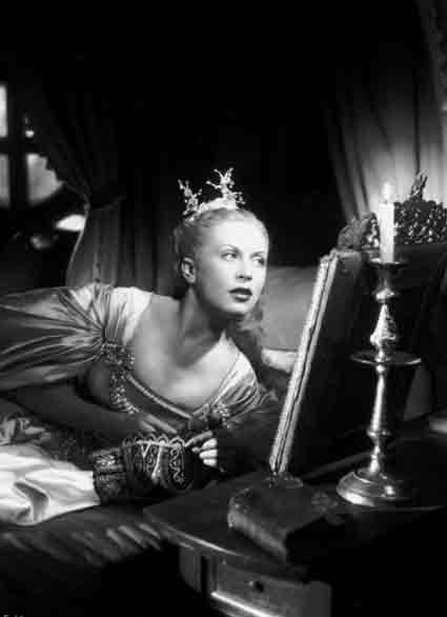 I had no difficulty watching through childlike eyes! This film is so special (for me at least), I could not turn away. It’s simple (spare sets, even blank walls in the background, and of course, no computer generated imagery to detract from the story itself) but whimsical … beautifully, wonderfully, stunningly whimsical! Even with the film’s simplicity, the costumes are elegant, particularly Belle’s costumes. The Beast is adequately hideous but understated. If you’d like a taste, there’s a trailer on YouTube here.

Based on a fairy tale from the 1700s, La Belle et la Bête is a classic tale of sacrificial love. When Belle goes to live with the Beast, she has taken her father’s place (believing the Beast plans to kill him) because Belle feels responsible for her father’s peril in the first place … he had picked a rose from a bush to bring to Belle. (The rose bushes belonged to the Beast.) During the period Belle lives with the Beast, every evening he asks her to be his wife; every evening she refuses him. But over time, she warms to the Beast and begins to feel compassion for him. He in turn has come to love her. 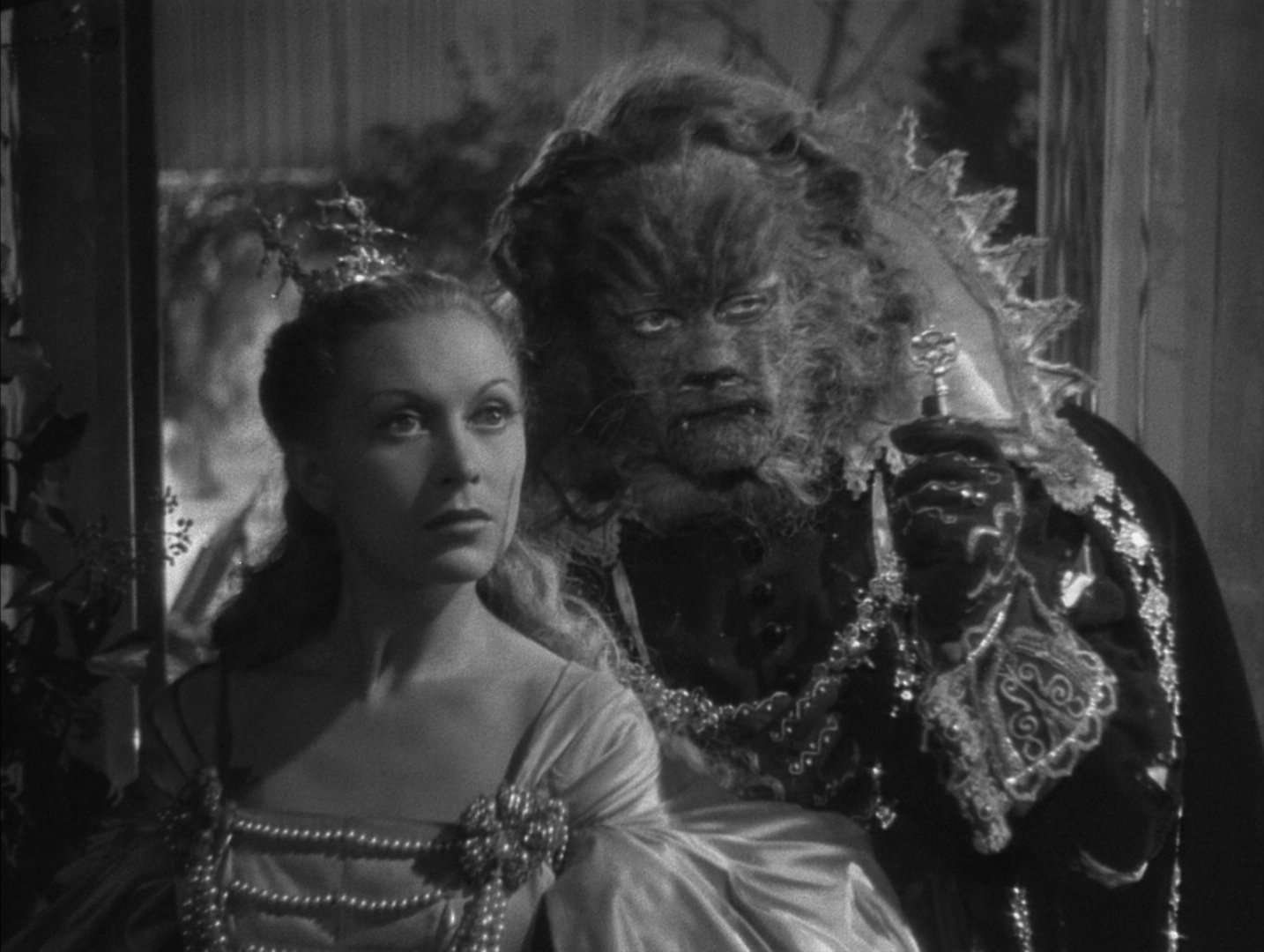 As I researched fuller details on La Belle et la Bête, I discovered a new version of the film was released earlier this year. It is also a French film with English subtitles. The 1946 version ran 93 minutes (and even some who loved it thought it was longer than it should have been). The 2014 version runs nearly 20 minutes longer (and there are some who believe that’s entirely too long). Certainly, I’m curious and I would like to view the 2014 production, but I’m also concerned about whether the new film reflects a dependency on special effects. The 1946 version was so sumptuous on its own.

If you’re like me and you enjoy an enchanting, romantic retelling of the age-old tale, sit down some evening and watch this film. (I believe it’s available on Hulu.) Don’t let the English subtitles scare you away. Listening to the characters deliver their dialogue in French definitely adds to the subtle cinematic beauty of this classic. And remember to bring your childlike ability to believe in and be fascinated by wonder.