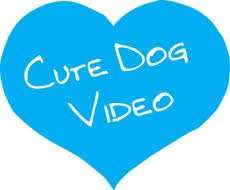 Earlier in the week, my Beloved called me to join him as he watched an AFV segment where dogs and birds were “talking.” I was reminded of David Letterman’s Stupid Pet Tricks episodes that have predictably left me cold. Sure enough, these talking dogs and birds failed to impress me.

I’ve written about this before (one post here). By now, I figure I’ve horrified anyone who’s already read this far. I promise, I don’t have ice water coursing through my veins, but I think I can blame my disinterest in critters to early experiences with pets (mostly negative) during my life … hence my opening question about phobias. 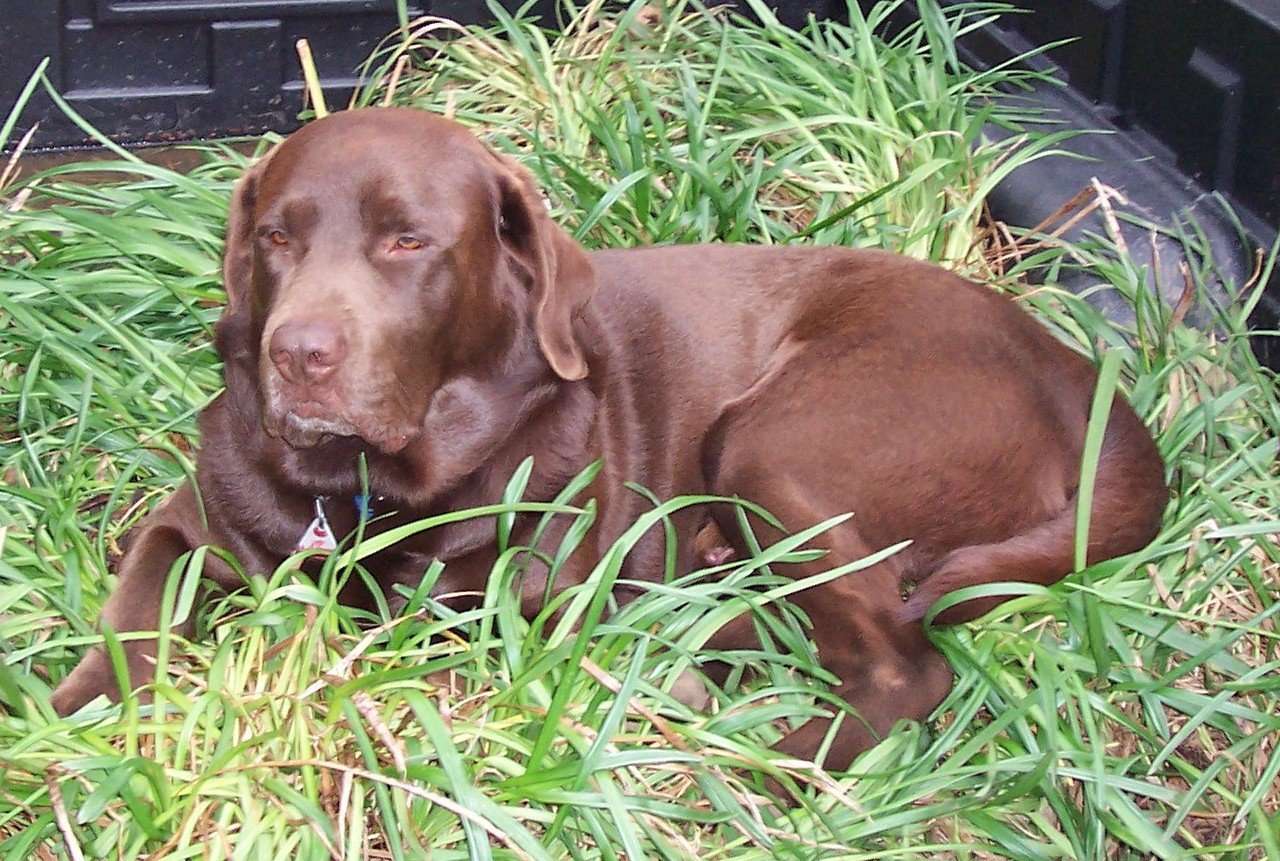 Proving I’m not completely heartless, though, here’s an instance where I overruled my inclinations and permitted my elder son to adopt a puppy. His best friend owned several dogs from the same Labrador Retriever litter and elder son had fallen in love with one of them. A cuddly chocolate lab, Booker, became an integral member of our family in late 1999.

Having an indoor dog moved me way outside my comfort zone, but our son diligently trained the animal and I can’t deny, I was impressed with the dog’s devotion to his master. He obeyed as perfectly as I’d ever seen a pet do. (I often wished my children had been as well-trained!)

Eventually, our son married and took the dog with him. His wife adopted a yellow lab pup, Dixie … and you know how that goes:  eventually there were more puppies! Son and wife begged us to adopt one of those pups and that’s how my Beloved gained a best friend in Tank, the huge black lab soon to be eleven years old. 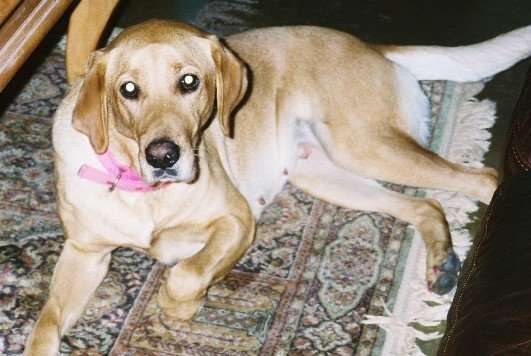 Over the Christmas holidays, fifteen-year-old Booker got sick. The vet thought he might have had a stroke (his second). When the dog became unresponsive, he was gently put to sleep.

I know this was a difficult goodbye for my son. (I worry Tank’s eventual passing will similarly affect my Beloved.) And while I’m certain I’ll never be a confirmed dog lover, I couldn’t help but memorialize both Booker and his mate Dixie (who died last summer) with a poem (below).