When our five-year-old grandson is here for the day (as he was today), he’s always anxious for the male members of the family to show up at end of day. He looks forward to playing video games (XBOX) with our oldest grandson … and he can’t wait for my Beloved to arrive home so they can “drive” the big white truck (a Ford F150) together. The child hops onto his granddad’s lap and they motor around our 3+ acre lot. (The other grandchildren are equally thrilled when they’re given opportunity to get behind the wheel.)

If this little guy were allowed to drive a truck like the one pictured above, I think he’d be more than pleased to give it a try! He has been interested in vehicles since he was a baby. The other day he showed me one of his Matchbox cars, which I immediately identified as a fire truck (it was red, had a fireman insignia painted on the side) and he respectfully (but adamantly) corrected me:  “It’s actually a tanker truck.” (Yes, he uses the word actually.)

On our trip to Michigan over the weekend, visiting The Henry Ford (museum) was the perfect place for him. He was able to view – up close and personal – all kinds of machinery and things that move. He was definitely in his element sitting in the cab of this New Holland giant (picture below) … though my memory is hazy on it, I think he called this particular machine a combine. 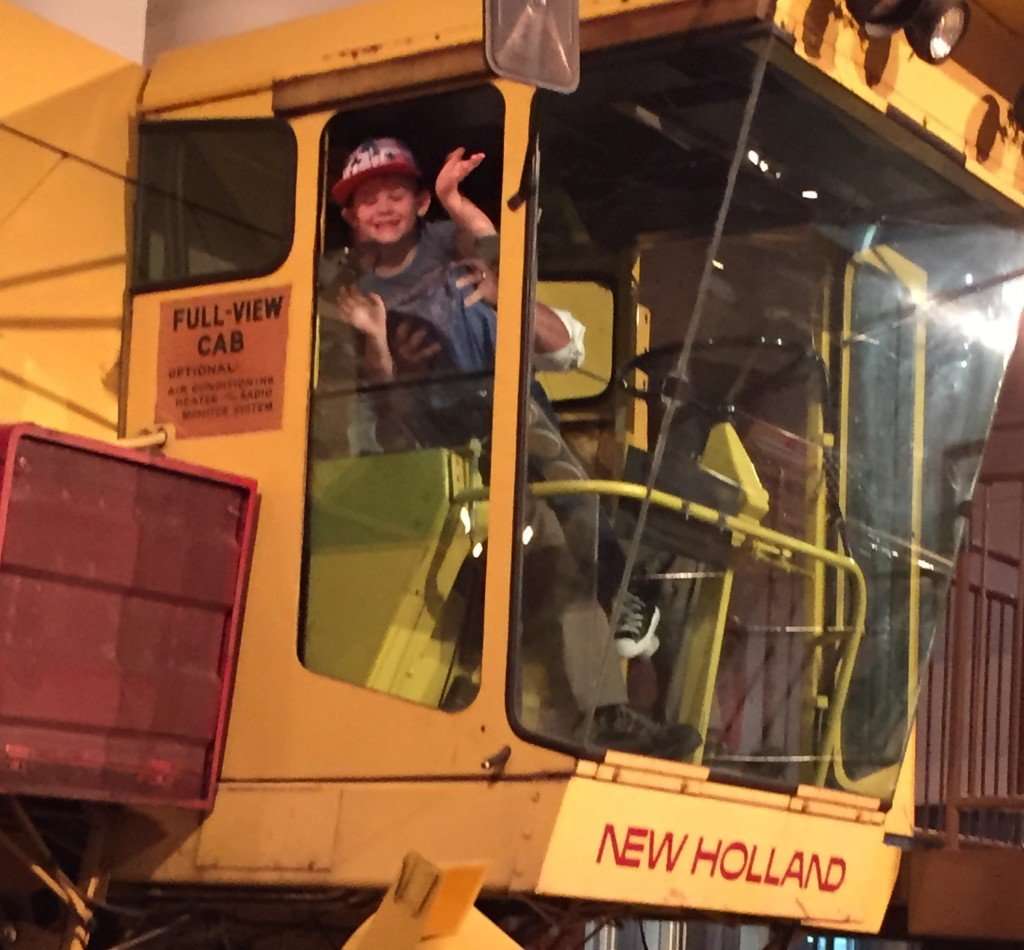 Whether it’s a piece of farming machinery or an eighteen wheeler, this boy is fascinated by them all. So driving his grandfather’s truck is exciting for him.

I remember a slogan I used to hear frequently:  Trucking Moves America Forward. I can’t recall the last time I heard it – probably because it was a long time ago. Another slogan expresses a similar message:  America Moves By Truck.

Because my daddy was a trucker (though not consistently a long-haul trucker), I have a personal affinity with the industry. A report in today’s Wall Street Journal highlights the record $700 billion revenue trucking companies are currently enjoying. With almost 10 billion tons of freight moved across the country in a year, the numbers shouldn’t surprise.

From time to time though, I’ve heard complaints about trucks on the interstate highways. Some automobile drivers don’t appreciate having to share the highways with eighteen-wheelers that may extend sixty feet or longer.

Today’s poem, a Jaleen, is a tongue-in-cheek expression of what I’ve heard others say regarding the sometimes uneasy coexistence between cars and trucks on the highways.