After the weekend’s events in Garland TX, we’ve had an ongoing and vehement discussion about things including the concept of “hate speech.” With a $10,000 prize drawing people to the Mohammed Art Exhibit and Contest at a Garland civic center, two gunmen arrived from Arizona ready to commit violence and mayhem. Instead, they were quickly killed. 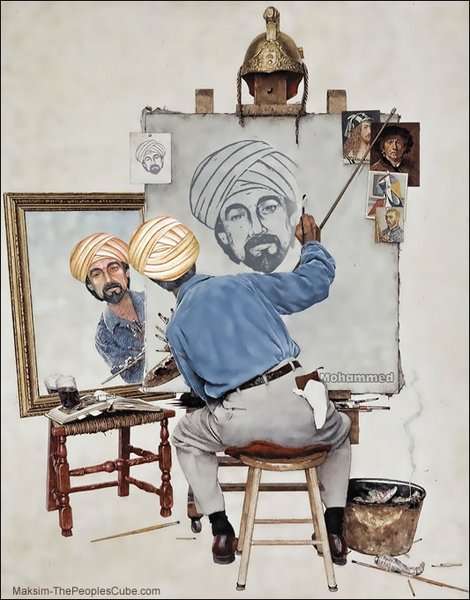 Criticisms of the Garland event haven’t fallen along predictable lines; people from both right and left have railed at the event organizers. Words like “incendiary” and “hate-monger” and “nutty” and “vile” abound as descriptors for organizer Pamela Geller. Speaker Geert Wilders is similarly lambasted for his outspokenness. Both have received numerous death threats.

The whole hubbub goes back at least until 2010 with an outcry against the television show South Park for airing cartoon depictions of Mohammed. Another cartoonist reacted, expressing her displeasure, and when her cartoon went viral, a ton of other artists followed suit. (In the end, the original cartoonist began receiving death threats and had to change her name and go into hiding.) The Everybody Draw Mohammed Day became a day to support free speech and freedom of expression and has been generally observed on May 20.

There are differing opinions about whether the observance is desirable and a successful means for celebrating the freedoms declared in our Constitution’s First Amendment. [Side note:  Notwithstanding Chris Cuomo’s assertion that “hate speech” doesn’t fall under protection of the First Amendment, repeated requests – for him to explain where in the amendment such specific exception is included – went unheeded.]

I am and will continue to be a proponent of the First Amendment. In truth, I reject the notion of so-called “hate speech.” In my view, it’s impossible to conclude with certainty why some speech should be elevated to connote hate while other speech is not. Our ears don’t come with an infallible barometer for various emotions! And every time another word is virtually removed from the lexicon because someone has decided it’s hateful, my frustration increases! Don’t encumber language with useless barnacles!

Lest anyone get the impression I approve salacious and filthy drawings that have been produced under the umbrella of free speech, I feel it necessary to explain my perspective of Draw Mohammed Day. I understand the view of religious people who are devoted to their religious leader. As a Christian, I have a high view of Jesus Christ, my Savior. Degrading depictions of Christ in the name of “art” bother me, but I’m not terribly annoyed by them because (1) they represent “free expression” and (2) they don’t diminish who Christ is – even though that’s their intent.

Other than in a very general way, I don’t care to engage in creating art (in my case, with the written word) that disrespects any religious leader whom others revere. At the same time, I believe satiric representations may be appropriate and don’t automatically fall under the “disrespectful” label. This is a subtle difference. Many critics have taken pains to charge Islam’s leader with despicable behavior; followers of Islam have to decide how they defend against those charges, but I’m not going to participate.

The poem below doesn’t level critical comments against any religion. Rather, I have piggy-backed on the Draw Mohammed Day phrase as a means for the more important principle that we need to protect and defend all free expression … even when it may be speech or art we don’t like. We cannot do otherwise and hope to remain a free people.