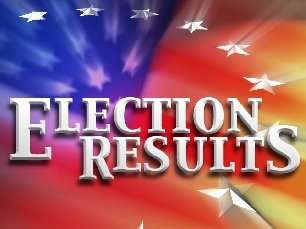 While we were counting ballots, more than a few of my friends were attending Victory parties for various candidates. These events can be either times of celebration and anticipation of the coming term … or they’re somber events where everyone knows the final count isn’t turning in their candidate’s favor. For me, I enjoy being where the numbers are counted. If I weren’t there, I’d be at home, content to wait for the eventual numbers to be revealed in a timely fashion on a website the following day.

I don’t know how other counties handle their counting process. For me, I prefer finishing the job before leaving (no matter how long it takes), rather than interrupting midstream to complete the next day. In our case, there was no consideration to suspend counting; we wanted the project completed before we left the courthouse. But sometimes that makes for an arduous day (and night).

Today, I read a sonnet that doesn’t connect to an election though the reference to a “mighty Empire overthrown” conveys something about William Wordsworth’s world, a time when Napoleon was storming through Germany and Poland. Though the poet wasn’t an American (he was British), his poem, November, 1806, has currency and universality to our 21st Century political landscape and the need we have (in all time) for men “wise, upright, valiant.” Seems as though this kind of man is often in short supply.

ASIDE:  I love that this poem has been captured in an image with Wordsworth’s actual handwriting!

Read Wordsworth’s look at a November scene more than 200 years ago. I’m reminded of another saying Wordsworth surely understood:  the more things change, the more they stay the same.

2 thoughts on “Elections Have Consequences”