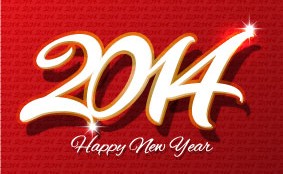 The day after tomorrow is New Year’s Eve, the ending of an old year, quickly followed by the fresh new start of another.

At times like this, I’m usually a bit nostalgic. Nothing momentous has happened in 2013 to make me wistful for its continuance, nor do I have any earthshaking plans that cause great anticipation for the New Year. Still, I ponder the old and warmly embrace the new.

I recall my first New Year’s Eve as a married woman. Our December 20th wedding had given us time to have a short honeymoon, to spend a few days of Christmas with my family and then to return to our rented living space, a sparsely furnished half-house, just in time for my Beloved to report for duty working the busy New Year’s Eve (and morning) shift at a nearby country club. (He waited tables, cleared dishes, etc.) Of course, he told me not to expect him home again until the wee hours of New Year’s Day!

Spending my first holiday alone was something of an eye-opener for me. Though I hadn’t thought much about it until the reality set in, my overriding emotion was how “unfair” it was (1) we weren’t enjoying the evening together and (2) I was stuck at home without even a small party to attend! In my self-centered opinion, his boss should’ve given this newly-married man the night off … so he could be home with his still-blushing bride!

I remember lying on our creaky bed thinking I wasn’t sure I cared for this new life we were beginning. He was acting responsibly; I wasn’t especially eager to do the same.

Naturally, I also thought about other New Year’s Eves I’d experienced in my single days … usually out on a date with someone who delighted in taking me to an upscale dinner and dancing or a concert. This marriage stuff (not to mention the alone time) paled by comparison.

There was, I realized, absolutely no point in staying up until midnight … the idea of “ringing in the New Year” didn’t appeal to me at all! And celebrating the New Year after my husband finally returned was unlikely. He’d be tired … and I was already grumpy.

The small town in which we lived was located in a dry county and the citizens mostly rolled up their sidewalks around 7 p.m. and retired inside to watch television or read a book. (We didn’t even own a television.) I might have opened a book, but I was feeling so sorry for myself, I couldn’t even be lured into reading. 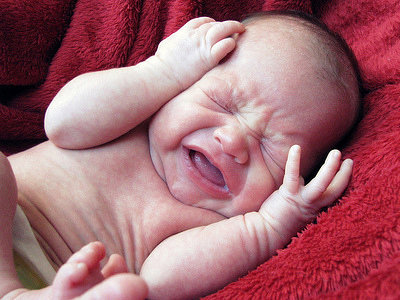 Instead, I engaged a full-blown pity party that lasted until I eventually cried myself to sleep. (What a baby I was!)

In spite of time spent indulging my selfish alter-ego, I also did some business with God that night. I grudgingly acknowledged my grown-up life had begun and agreed there were going to be plenty of tasks and duties (responsibilities, ugh!) I probably wouldn’t care much to do, but I had to admit going back wasn’t an option. I’d best get on with making the transition from spoiled-rotten young woman to a mature individual who was determined and would refuse to shirk responsibility. Wow! That really made me cry.

It’s not that I didn’t want to be a grown-up, but I was scared I wouldn’t be very good at it! I was comfortable having my parents carry those burdens for me, making decisions on my behalf. (If there were missteps, I never knew about them.) I had so much to learn. What if I was a lousy adult? A horrible wife?

What if I failed?

Of course, I did fail, plenty of times and at plenty of things. I learned, my Beloved learned, we went on. We began to grow up a bit more every single day. When our first child arrived, we took gigantic steps to grow up! (We never realized how selfish we both were until we had a helpless infant in our arms and understood she was completely dependent upon us!)

Thankfully, those days are behind us now. But we haven’t ceased growing up. I’m old enough now to understand growing up is something of a continuum. As a child, I guess I thought by now I would have attained. Instead, I recognize I’m just further down the path than when I was sixteen or twenty.

Back in January of 2012, I posted this poem, Sonnet For A New Year. The sonnet reflects something about my approach to the New Year in general. We move away from an old year with relief and sometimes regret. We move into a New Year with expectation and mystery. And every change of the calendar reminds us:  everything old is new again.

In 2014, this is my wish that God may give you a Happy New Year and the rich blessings only he can bring!