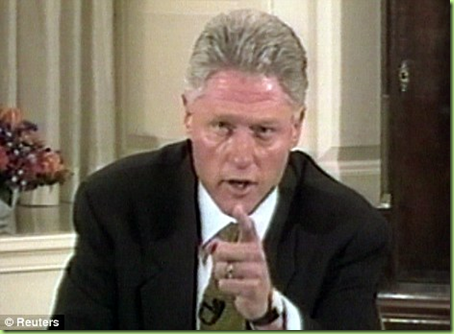 A scripture passage, quoting the words of Jesus, makes a similar point to the concept of three fingers pointing backwards. In Matthew 7, Jesus offers general rules for living in an extended discourse known as The Sermon on the Mount. He asks the following questions:

I’m guessing I’m no different than you are … nor much different than I was as a child when I thought I could avoid trouble by pointing my finger at someone else … anyone else! We don’t come under the same level of scrutiny as a lie from POTUS should receive. Whatever the level, though, we’d understandably prefer to avoid scrutiny.

As for hypocrisy, yes, we’re pretty talented at noticing the speck of dust in a friend’s eye … even with a big piece of wood prominently visible in our own eye! Jesus nailed that metaphor about as well as any.

Let’s turn a corner away from theology though.

I got to thinking about another sort of log or wood in the eye. Since my mother is blind due to macular degeneration (an age-related condition but also one with familial implications), I’m acutely sensitized to any changes in my eyesight. (Ha! If I were pointing fingers here, I would blame my mother for the potential of MD in my future, but I know it reaches farther back into our family’s history than her.)

The phenomenon of floaters (in the eye) is something I’ve begun to notice. The first time an older friend of mine mentioned floaters (I might have been mid 30s), I wasn’t familiar with the term. A decade later, I had firsthand experience with them!

The light verse poem below offers some of my thoughts on their annoying reality … and my inclination to follow the admonition of Jesus and somehow find a way to “take the wood out of my own eye.”