File this in the Are You Kidding Me? or the No Wonder the World is in Such a Mess! folder. Your choice. April 30, 2010 was SpankOut Day USA … and I missed it!

Clearing off my desk this week, I ran across a pamphlet from the National Child Protection Training Center (NCPTC). Headquartered at Winona State University in Minnesota, they also have a regional center partnership with the Northwest Arkansas Community College (near my corner of the world). 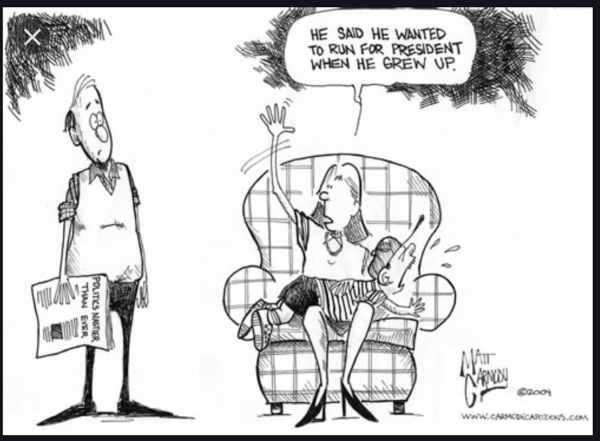 The pamphlet’s description of SpankOut Day USA informs the reader this day was established “… in 1998 to give widespread attention to the need to end corporal punishment of children and to promote non-violent ways of teaching children appropriate behavior.” Who knew? I still had children living at home in 1998.

But I think it’s fair to ask:  when did we establish a consensus spanking equals violence? Let’s go back to the word’s origin. In the 13th century violence was defined as:  “physical force used to inflict injury or damage.” I’ll say it emphatically — a loving parent who employs spanking exercises measured physical force, and never to the extent nor for the purpose of inflicting injury or damage!

I speak from experience (mother of 4, grandmother of 7). Spanking is usually a loving parent’s least-preferred method of discipline. Why? Because parents (as Jesus pointed out in Matthew 7:11) “… know how to give good gifts” to their children. You know the old saw but it bears repeating:  this is going to hurt me more than it hurts you. It does! I hated to spank, but I understood Proverbs 13:24 — a parent who loves his son (or daughter) “… is careful to discipline him.”

Spanking is a teaching/discipline tool, one of many in the parenting discipline-toolbox. That’s all I’m going to say on the matter.

Here’s where my frustration mainly lies. My state’s soon-to-be-sent-packing Senator Blanche Lincoln and her cohort Senator Mark Pryor sponsored a bill (S-3437) to fund grants that establish National Child Protection Training Centers in other regions. In other words, the bill provides for another, ever-expanding social program (spending our tax dollars) to convince parents their task is simply too hard to do without the oversight and intrusion of professionals and bureaucrats instructing them what is and what is not acceptable parenting.

A curious thing about this NCPTC pamphlet:  on the second page (of eight), the mission of this 501(c)3 is laid out:  “… dedicated to ending child abuse in three generations.”

Did you catch that? Three generations? That’s what … sixty years? Yeah, there’s an ambitious goal for you. Knowing how evil child abuse is, wouldn’t you think they’d feel some urgency?

Nah. Why rush it? If child abuse could be eradicated by next week, all those highly-paid academics, researchers and “victims assistance specialists” sucking at the government teat would be out on the street. Give it sixty years; unemployment’s already too high.