The ravages of Alzheimer’s Disease are taking a toll on my 91-year-old mother-in-law. My Beloved’s daily visits to the assisted living facility where she resides have become ever more perplexing as the communication barrier widens. Still the loving son, his perseverance in ministering to her needs – even when it seems impossible to penetrate the fog – causes me to admire him all the more. 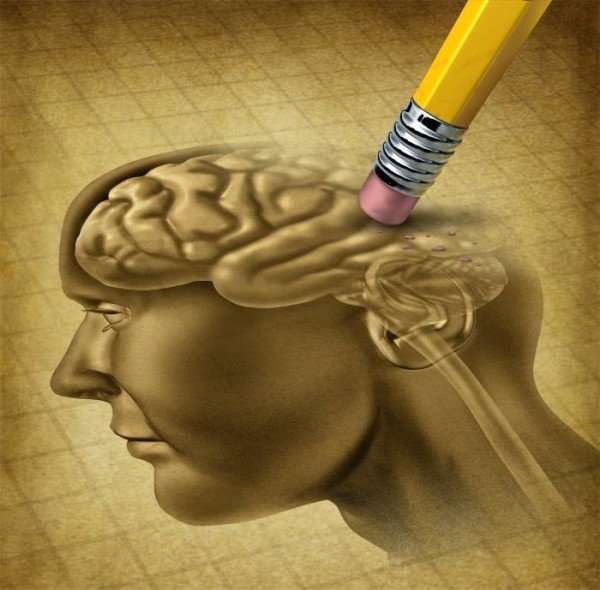 I’ve been fortunate that my mother (at 88) doesn’t have the added challenge of dementia; macular degeneration has its own way of challenging a person. One time, Mom had failed to hydrate properly and suffered serious hallucinations (an odd phenomenon considering her blindness), but that situation has been avoidable as long as she’s drinking plenty of water.

Lately, I’ve contemplated the cruel debilitation of Alzheimer’s. As with the illustration above, I think of it as the brain closing in on itself. Because we have a four-year-old in our home, my Beloved and I tend to compare his abilities to my mother-in-law’s. As would be expected in a child his age, grandson is developing an increased awareness of his surroundings and sucking up vast amounts of information. While he’s learning and absorbing, his great-grandmother appears to be involuntarily reversing the pattern. Where months ago, she might speak the word skate when she meant skin, now her speech is mostly gibberish. She wants to communicate but is unable to do so with even minimal coherence.

I have often asked God why he allows vulnerable souls (with Alzheimer’s or other significant disabilities) to remain in this world, given their incomparable struggles. It seems cruel, in my view. We had a dear friend who lived in the fog of dementia for fifteen years or more; his son suffered a shorter span of dementia but he was no less impaired than his father. Through the years, we’ve watched others struggle through heartbreaking end-of-life circumstances … and I often pose the question of Why to my heavenly father.

When I seek answers to that question, I’m often reminded of miracles Jesus performed. The disciples would ask Jesus who sinned, the person healed or his parents. The presumption was that infirmities were the natural result of someone’s sin. But Jesus always answered by saying, the sicknesses that preceded events (of healing) were an opportunity for the power of God to be manifested.

In the case of today’s infirmities, I think this is equally true. For myself, I think if I’d not been exposed to suffering people, it would have been unlikely for my sympathies and empathies to have been adequately developed. Witnessing people in need and/or suffering drives deep into my soul and sharpens my capacity to minister grace. (Those inclinations don’t come naturally but I recognize their genesis comes from knowing I, too, have experienced grace.)

Today’s sonnet is born from watching my mother-in-law and contrasting the range of her life today with what it was a year ago, five years ago, even twenty years in the past. In not knowing how to reach her, I hope I can at least honor her via poetry. I hope the image I’ve attempted to capture kindly depicts her situation but also reflects the compassion she is due.

4 thoughts on “Grace For Infirmity”