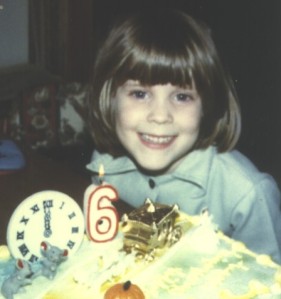 If you read through the Manna post, you’ll notice an oblique reference to me … yep, I’m the one who served her (and her siblings in their growing-up years) “… canned or baking-mix biscuits.” I had no idea the suffering I caused my offspring to endure! (<— sarc)

I am being slightly sarcastic, yes, but may I say a word in my defense? I did, I admit, pull canned biscuits from the fridge on many an occasion. I also used my share of Bisquick, Pioneer, Martha White and just about any other biscuit/baking mix I could put my hands on. Yes, to my shame, I served these inferior products to my little ones … and they ate the baked goods I produced, happily and hungrily!

All the while though, I was looking, looking, looking! Every issue of Southern Living, I’d search cover-to-cover for just one treasured, sure-fire biscuit recipe. Oh, there were numerous recipes in the magazine, every month, even some biscuit recipes which I dutifully clipped out and gave them a try … always coming up short.

I knew it, too, sometimes even before I’d given the recipe a go. Somewhere in the back of my mind, I remember being told (as a child?) that any biscuit recipe requiring more than 5 ingredients will be a waste of time. I can’t tell you who gave me that warning, but most of the recipes I tried through the years included way more than 5 ingredients. (Maybe my efforts were doomed from the start.)

Also in my defense, what cooking I learned in my early years came from my German grandmother by way of my eastern-born mother. Breads, yes, both quick and yeast breads, coarse breads (like rye and whole-grain or pretzels) were familiar, but biscuits didn’t show up on that list. In fact, biscuits and gravy were one of my dad’s least favorite dishes; he was generally a ham-and-eggs guy at breakfast and meat-and-potatoes guy for other meals.

So what chance did I have really?!

All told, I must have spent ten or fifteen years looking for a recipe − THE RECIPE − for those perfect flaky, mouth-watering southern biscuits! Perhaps if I’d known then what I know now, I’d have just bided my time, waiting for the day when Abby would offer this scrumptious Manna on her blog for all to enjoy!

Thanks for the recipe, Abby … and Happy Birthday! We sure do love you (and we have high appreciation for your culinary talents)!