Flipping through the channels last week, I stumbled upon the season premiere of The Bachelor. Against my better judgment, I paused long enough to be temporarily drawn in. I was intrigued by Cheryl, (a 72 year old grandmother 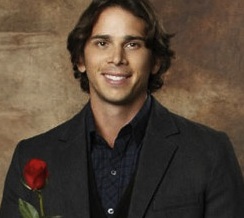 who, upon shaking Ben’s hand, promptly declared her love for him), curious about Casey S. who neglected to greet Ben but moved directly from the limo toward the house, and amused by Lindzi C.’s unusual (but memorable) approach (choosing not to arrive via limo but instead, riding a horse).

[A disclaimer:  I didn’t watch the season where this young man was one of 25 entrants … eventually the one whose heart was “crushed” when The Bachelorette (Ashley) rejected his proposal.]

Since The Bachelor and its spin-off, The Bachelorette, began airing in 2002, I’ve viewed a handful of episodes. In terms of success in capturing viewers for ABC, these are ratings winners. The ratings, of course, translate to advertising dollars for ABC — which is what ultimately keeps both shows on the air.

Considering its core audience (women ages 18-34), the “entertainment” aspect is partly what earns the shows a faithful following. But I believe what draws women goes beyond low-cost entertainment; the stronger draw (in my view) is the lure and potential of a Cinderella Story come to life.

Unfortunately, as a Cinderella Story, the shows fall flat. The potential for “true love” is as fleeting as a junior-high school crush. Proposals and engagements are frequent, but marriage is the rare exception.

[A word to grandmother Cheryl, mentioned earlier:  Are you crazy? How about just contracting your granddaughter to the highest bidder?]

At the risk of stepping on sensitive, nicely-manicured toes, I contend both shows perpetuate a myth that is demeaning to the participants as well as the core audience. ABC dangles the carrot … imagine … boy meets girl, they fall madly in love and marry. It’s happy-ever-after! Instead, ABC airs nine or ten melodramatic episodes where controversy and cat-fights are standard fare.

In numerous interviews for both shows, contestants say:  “when I’m with insert name here, I don’t have to fake it … I can be myself ….” In truth, even this desirable outcome appears illusory. Take this Bachelorette episode from last season; the conversation becomes painful to watch!

In the initial teaser, Ben characterizes his growing feelings for Ashley — “a breakthrough.” She helps him to be himself. As the 15-minute segment progresses, Ashley claims: “I can really be myself with Ben.” Describing their interaction, she adds:  “It’s like we’re on a honeymoon or something.”

Around the 9-minute mark, however, they’re discussing the possibility of their life together and Ashley’s body language visibly changes. No, she doesn’t recoil from or reject Ben’s physical advances, but her facial expressions and verbal cues betray a sudden coolness, a distinct unease. Whatever Ashley felt for Ben is shortly extinguished; she rejects Ben’s proposal and accepts another.

What do you think? Is my assessment too harsh? We will consider more on the topic in upcoming posts.

Until then … Will Ben “find true love” the second time around? Given the drama that played out on-screen last week, will anyone care?

2 thoughts on “Happily Ever After?”