While we were visiting with our daughter and her family this past weekend, our adult conversation wandered circuitously around to the content of a Rudyard Kipling poem, If. The conversation wasn’t focused on poetry, but more on how our current events sometimes make it difficult to “keep one’s head” in situations where one is “being lied about” or “being hated.” 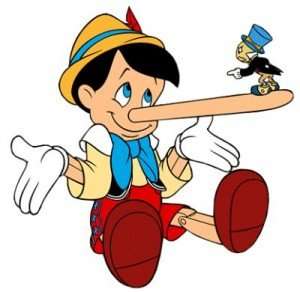 Even an ordinary person might be tempted to lash out. The impulse to fight back isn’t unusual under normal circumstances, but in this political season (our state primary election is tomorrow), lies and half-truths are being carelessly hurled without regard to the dirt that gets splattered on all of us, candidates or not.

Because I couldn’t accurately recite Kipling’s poem, naturally I looked it up. We quickly noticed that the poem, written more than a hundred years ago, has a surprising currency in 2014. Certainly, Kipling’s (and the world’s) political situation was different than ours, but the similarities to our day are striking. Standards of good conduct and upstanding character weren’t so different then, and writing this poem for his son, John, was a way for the father to communicate qualities of manhood the older Kipling considered worthy for his son’s attention and acquisition.

Sadly, that story doesn’t end well, as his young son (barely 18) John enlisted to fight in World War I and never returned. (The elder Kipling had previously lost one of his daughters to illness.) 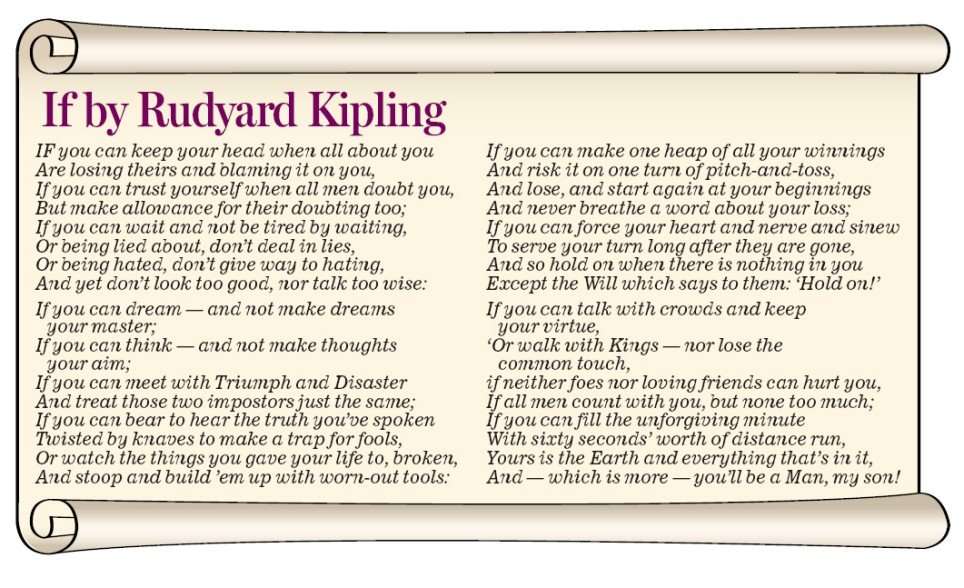 Though the poem has been voted a “favourite poem” among Brits, If isn’t universally esteemed. T. S. Eliot and George Orwell never cared for it. Those two writers notwithstanding, If is a memorable poem with strong values. According to a Mail Online article from five years ago, there’s even a Paul Harvey-esque rest-of-the-story speculating how Kipling found inspiration for the poem.

What I especially appreciate about Kipling’s poem is the challenge he offered his son − and by extension, a challenge offered to all young men and women − to seek character qualities that will best stand against present temptations as well as be proven worthy via the test of time. I remember being challenged by the poem while still in my teens … and despite knowing the poem was written for Kipling’s son.

I think Kipling’s challenge still holds up today. I love Kipling’s sense of holding on … when all one has left is the Will to hold on. He describes a quality that would (in my view) serve us well. With commencement ceremonies occurring all over the country, I’d love to hear one speaker recite Kipling’s poem and encourage the graduates to strive for the genuine excellence about which Kipling wrote. Hold on … to excellence, to integrity, to virtues the world no longer deems important. Hold on and be confident in doing what is right.

UPDATE:  a reader sent me a link to a super collection of attractive posters featuring Kipling’s poem, If. Take a look at these!

One thought on “Hold On!”