As a preteen, one of my summertime chores was gardening. The neighbors and my parents — bullwhip-wielding Simon Legree and his equally-capable 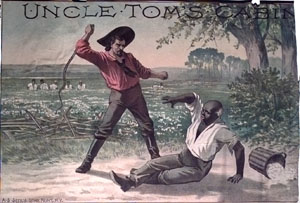 understudy Cruella DeVil — planted at least half an acre of vegetables in the field behind our house. Like unsuspecting migrant farm workers, my brothers and I were drafted int 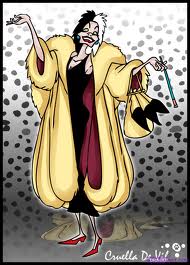 Grumble. Grumble. Can’t you just hear our exaggerated whines? Weeding, harvesting, watering — we did it all (begrudgingly and mostly while whining).

Though the depiction seemed apt at the time, painting my parents as Legree and DeVil was hardly fair. My brothers and I enjoyed delicious meals from the bountiful harvest; our exalted sense of entitlement should never have been a justification to exempt us from the labor required to produce that food. I guess that’s a pretty good indication of how spoiled we were, huh?

Suffice it to say, I never envisioned a day when I might actually enjoy gardening! I wilt like a dandelion in the heat and the prospect of dirt on my hands, clothing, under my fingernails — an abomination, but …

… I’m adding a “gardening” category to this blog.

I’ve often considered one of my roles in life was to be the recipient of other people’s surplus. It’s symbiotic:  gardeners produce and if not for grateful recipients, their surplus goes to waste. I was always grateful.

Our first garden went into the ground in 2009. We didn’t till; tomatoes and peppers went directly from seedling containers to the rock-hard former cow pasture. Our yield was decent enough considering the lack of preparation. A couple times that summer, I cleared the weeds from around the plants — and found long-dormant muscles I hadn’t been stretching.

The second season, we laid out a raised bed and filled it with a truckload of good dirt. My ambitions were BIG — peppers, tomatoes, watermelon, cantaloupe, squash, carrots, beets, green beans, strawberries, a raspberry plant and a blueberry bush. It was a dry spring and suddenly a wet summer. Our yield ran mostly to peppers and tomatoes. The melons showed promise before rotting from within. The strawberries stretched their roots but, as we expected from a first year, they were stingy about production. The other plants withered and quickly died.

We weren’t disheartened. I discovered getting my hands dirty

wasn’t the end of the world. Every day’s labor taught me more about making a garden flourish. I began to experience pleasure in my effort, yes, even when I’d come inside drenched with sweat.

Here’s a picture of half the raised bed. There’s a fledgling strawberry crop to the right. The bare spot actually cradles transplanted offshoots of the more mature strawberry plants. And to the left outside the picture’s frame, there’s an equal area of raised bed which, when this picture was taken, had gone to weeds.

In light of yesterday’s post, a fair question would be:  is this a distraction, another diversion to keep me from writing? I don’t think so, and I’ll explain why in my next post.

3 thoughts on “How Does My Garden Grow?”