Watching television the other night, I heard a few excerpts from President Obama’s speech, given in Austin TX at a Democrat National Committee (DNC) Finance Event. Transcript of the entire speech may be viewed at the White House website here. 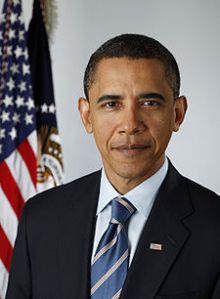 Toward the end of his speech, President Obama leveled complaints against his opposition; most specifically, he singled out the group Americans for Prosperity suggesting their members might be … cue the red flag … controlled by foreign interests or … cue more red flags … one of the “bigs” (oil, banks, insurance) boogie men.

He blamed a recent Supreme Court decision for allowing such organizations to proliferate. (Of course, he failed to mention this Supreme Court ruling is applicable to organizations on both sides of the political divide.) In concluding his remarks, President Obama identified what he called “the bottom line” by saying:  “… right now the choice is between whether we go back to those policies that got us into this mess, or we continue with the policies that are getting us out of this mess.”

When I heard this, my ears perked up. The President had finally said something with which I agree! But as usual, the devil is in the details.

It’s also fair to weigh the effectiveness of what President Obama characterized the “policies that are getting us out of this mess.” Okay, what are they? Hmmm. Presidential adviser Rahm Emanuel identified three specific items on Obama’s accomplishment list:  the Recovery Act, Health Insurance Reform and Education Reform. 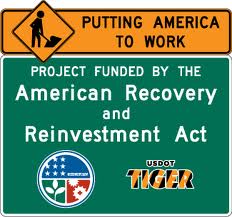 Besides the ubiquitous signs that now decorate many of our highways and represent a significant (if not scandalous) sum of money, what else has the “recovery” produced?

The President dared to predict unemployment wouldn’t go above 8%. To date, it stubbornly hovers near 10%. Speaking as a small-business owner, we’re in a wait-and-see mode. Hiring more hands and/or expanding our business will wait … who knows how long?

As to the President’s other perceived successes, those of us in flyover country are much less convinced “success” would be the proper term. “Boondoggles” certainly fits. “Recipe for disaster” would work as well. The recent referendum on Proposition C in Missouri served to underscore the chasm between DC elites and middle America:  71% of Missouri’s voters favored the measure to ban the government from requiring people to carry health care or be penalized because they don’t have it.

Without a doubt, both political parties of the Ruling Elite are responsible for this “mess.” It’s time for these scoundrels to STOP their spending, STOP their headlong advance toward socialism, STOP the shameless lining of their pockets, and STOP defaulting to government as the Answer to every perceived problem!! The first order of business in “getting us out of this mess” is to send them all packing.