Two months ago, I posted about the plight of Pastor Saeed Abedini, a Christian man who has been detained in an Iranian prison while his wife and two children continue to plead for his release. When I last posted about this situation, Abedini’s wife and young son had spoken directly with President Obama, in hopes Abedini could be home in time to celebrate the boy’s birthday. Unfortunately, that didn’t happen. 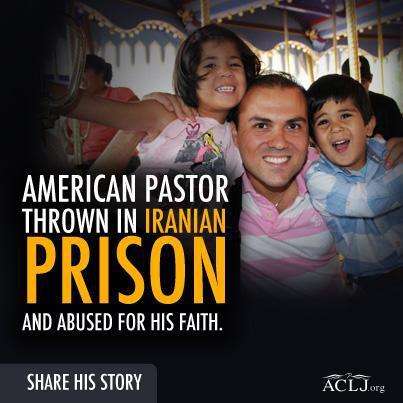 This week, the United States Senate took up the banner, calling for the immediate release of American detainees including Pastor Abedini. The 90-0 Senate vote reflected a firm resolve to keep this matter in the forefront during nuclear negotiations with Iran.

As I’ve prayed for the Abedini family, I was reminded of another follower of Christ who was imprisoned. Paul, known as the apostle to the Gentiles, suffered multiple hardships and imprisonment. In 2 Corinthians 11:20-32, he listed some of the ways in which he had endured suffering for the sake of the Gospel. 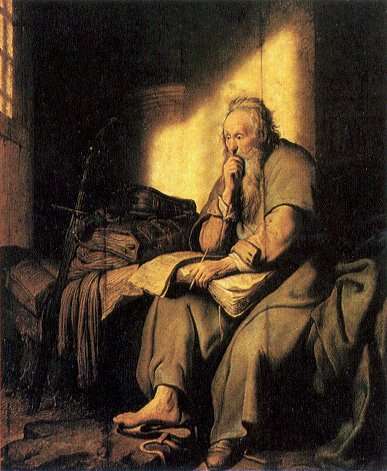 I remembered another scripture passage that made me think the Iranians may regret having detained Abedini. In Philippians 1:12-18, Paul writes these words:

I want you to know, brothers, that what has happened to me has really served to advance the gospel, so that it has become known throughout the whole imperial guard and to all the rest that my imprisonment is for Christ. And most of the brothers, having become confident in the Lord by my imprisonment, are much more bold to speak the word without fear.

Some indeed preach Christ from envy and rivalry, but others from good will. The latter do it out of love, knowing that I am put here for the defense of the gospel. The former proclaim Christ out of selfish ambition, not sincerely but thinking to afflict me in my imprisonment. What then? Only that in every way, whether in pretense or in truth, Christ is proclaimed, and in that I rejoice.

I love this! Paul says his imprisonment has advanced the Gospel message … even the palace guards and all the rest (whoever they are, we don’t really know) are aware Paul is in prison because of his devotion to Christ! The Gospel is being proclaimed and people are responding.

Comparing Paul’s experience with Abedini’s current situation, the Pastor’s circumstances may actually advance the message of God’s amazing grace! (Of this I’m confident.) The Iranians who’ve held him all this time may find they haven’t shut him up but instead have given Abedini more time for the message of Jesus Christ to be proclaimed.

Of course, I continue to pray for the release of detainees held in Iran … and specifically for Abedini’s family. But during his confinement in the brutal Rajai Shahr Iranian prison, Abedini will be – as Paul was before him – bold to speak the word without fear. May God richly bless the courageous Pastor Saeed Abedini and bring him home safely and soon!