One of the discussions hosted by Editor Holmes at Outwittrade.com offers helpful tips for (and from) writers on the topic of writer’s block. Holmes provides an excellent distillation of hints, work-arounds and motivators designed to help a writer work past his/her perceived lack of production. The tips are practical and constructive for the new writer as well as for experienced writers.

But step back with me for a moment to the notion of “writer’s block” and consider my opening sentence in which I characterized the concept as “an unfortunate misnomer”. Am I suggesting writer’s block isn’t real? Misunderstood? A more palatable excuse for choosing to rearrange one’s sock drawer in preference to beginning a particular writing project?

What Is It, Really?

Wikipedia, our planet’s inexhaustible repository of knowledge, asserts “Writer’s block is a condition … in which an author loses the ability to produce new work or experiences a creative slowdown.” The resource states “Throughout history, writer’s block has been a documented problem.” A handful of professional writers are named to illustrate the malady. The article cites an Austrian psychoanalyst who suggested possible causation:  oral masochism, mothers that bottle fed and an unstable private love life.

Case closed? Not so fast, I say.

Though Wikipedia uses the word condition (with its indirect medical connotation), I prefer a more generalized term. Asserting “an author loses the ability to produce …” seems (to me) inadequate to encompass the varied experiences and production levels of writers over the decades. Think about it this way:  not a single writer in the world has ever written or will ever write 24/7.

This came into particular focus for me during 2020, a year fraught with all kinds of chaos and frustration. That is, the external circumstances many of us have experienced might reasonably drive any writer to struggle with a serious case of writer’s block! Running out of inspiration, encountering adverse circumstances, financial pressures, feelings of failure – all are suggested causes culled from the Wikipedia article.

The most amusing explanation for writer’s block I’ve seen lately appears on the image above:  Smells like regurgitated ideas and probably a vampire! (Alas, the candles are no longer in stock.) If the wordsmith’s well has run dry, one may be forced to settle for one of their limited Pandemic candles to help stir the creative juices.

As to Wikipedia’s spin on writer’s block, creative slowdown is (in my view) a more suitable term, though inadequate in certain instances. As one example, after Margaret Mitchell won the Pulitzer Prize for Fiction in 1937, she simply refused to produce a sequel to Gone With the Wind. Perhaps Mitchell understood the wisdom attributed to PT Barnum:  always leave your audience asking for more. 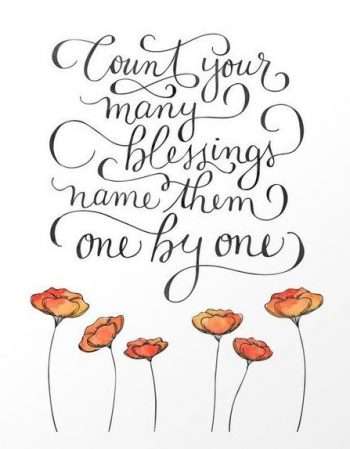 Most writers would benefit from regular and scheduled periods of creative slowdown. Look at these intervals as one would think to pause for sabbatical, a time for refreshment and refueling, and yes, even for distractions. As this year winds down, read a book. Reconnect with an old friend. Have an unhurried lunch. Take stock (and be thankful for) obstacles overcome in the past year. As the old hymn urges, count your blessings.

If you’re a writer, often it’s the distractions of life where we gain perspective and insight … dare I call it inspiration? Even an occasional cat video (not my normal fare) might be worth the watch.