It’s a week since we celebrated the Resurrection of Jesus. I’ve been contemplating this amazing event all week, trying to look at the event through unjaded eyes. We have a tendency to celebrate the day and then move on through our lives … as if this pivotal event has relevance exclusively on Easter morning.

Think of it! Jesus died on Friday and was buried and numerous people who followed him went to the grave that Sunday morning, expecting to see his body still lying in that grave! But he wasn’t there! 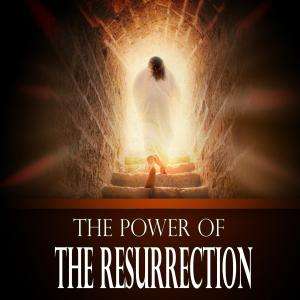 Where did they lay his body? Where have they taken him? Those were the queries of his followers. We flesh-and-blood humans aren’t so different even these many years later. Wouldn’t you have similar queries … wouldn’t I? His followers knew Jesus as flesh-and-blood and even though he had demonstrated he was God in the flesh, they viewed the crucifixion event as each of us would. It was final. Say goodbye to the dream.

Yet when the news came that Jesus had risen, many of them scoffed; they thought it was nonsense! After people who had seen the risen Lord reported it to the disciples, those witnesses were ridiculed. (Haven’t you heard? People don’t rise from the dead! Dead means dead!)

I can imagine what it must have been like to wake up the Monday morning following the Resurrection. If I’d gotten any sleep at all, I’m guessing I’d wake up and be immediately flooded with memories of Friday and the terrible, awful images of Jesus hanging on the cross … or his dead body as it’s removed from the cross and hastily laid in a borrowed grave. But wait! My gradual wakefulness reminds me there’s more. The women say he’s alive! I pinch myself. Maybe I’m even like Thomas (doubting) who declares he won’t believe Jesus is alive unless he personally sees (and touches) the physical scars Jesus bore in his body.

When I awaken the next morning, these same reminders flood my brain. But there’s more! The eyewitness account has come of a couple walking along a road who meet a man they don’t recognize and he opens all the scriptures to them, explaining all that happened to Jesus was necessary according to scripture. He sits to eat with them and eventually they realize he is the risen Jesus!

Next morning, same thing. More stories of a corporeal Jesus appearing (sometimes out of nowhere) to his followers and teaching them and feeding them and loving on them. Followers are beginning to meet with each other and bring the news:  “The Lord has really risen and has appeared to Simon.”

But it takes time. The Good News has to sink in … Jesus is risen, it’s all real, it’s all true!

Eight days pass. Eight whole days of the disciples getting together and processing the truth before them. The doors were shut, clearly a private meeting. We don’t know what was said, but we have a pretty good clue their conversation centered around this amazing Resurrection event. And this time, Thomas is with them in the room. Though the doors have been shut, Jesus is suddenly standing in their midst. He quickly invites the doubter to press his fingers into the nail-scars and trace the scar in the Savior’s side!

When you wake up tomorrow morning, consider Thomas. It was eight days of hearing others talk about their encounters with the Savior. But for Thomas, touching those scars were proof. Jesus graciously stepped up to Thomas’ challenge. Touch me, friend. Know for certain who I am.

Even after this appearance and confirmation to Thomas (and the others), Jesus continues to walk among them, for another 32 days! Do you think their lives were affected by walking with the risen Lord that month? I certainly do. They had been his peers for the three years they’d shared with him … now they looked at him as “My Lord and my God” (as Thomas had declared after seeing the scars).

This is the love that will not let me go, the love that gives ALL (sacrificially) even though I don’t deserve it. This YouTube video also reflects how such love translates into action for an entire family and what an example of sacrificial love it is.

2 thoughts on “Love That Will Not Let Me Go”