Imagine you’re standing in a gallery of the Pennsylvania Academy of the Fine Arts in Philadelphia. As an ardent student of history, you’re transfixed by Benjamin West’s 1772 masterpiece The Treaty of Penn with the Indians (shown below). This work seemingly invites you to step into it, to hear the speakers and to witness the Quakers and Indians reach agreement. 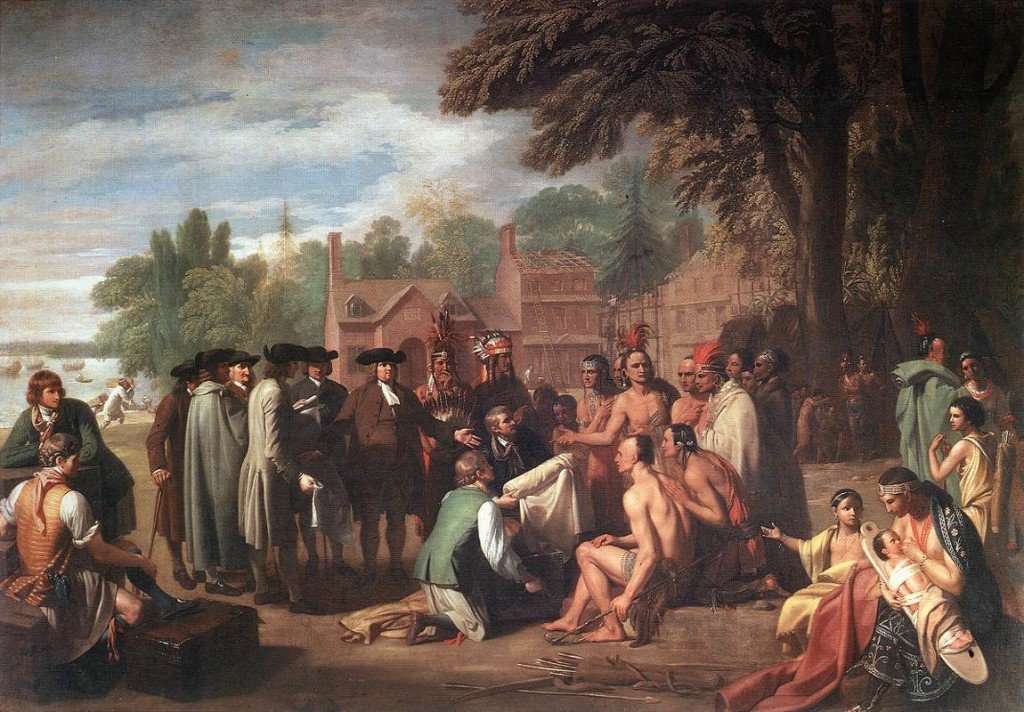 Now … imagine it’s possible to virtually step into the painting! Your eyes dart to the left and the right, noticing what’s beyond the picture’s frame. In fact, you have a 360º virtual view of the scene! Are there boats on the river to the left? Are there buildings to the right? What else did the artist see (and choose to leave out) that your virtual tour permits you to view?

This is the future … the advent of a stunning new technology – virtual reality (VR) – that could be available in the next year or two. Technology gurus are abuzz with rumors Apple is testing VR. Facebook has charted their own path by acquiring Oculus VR. Google and GoPro plan to compete for market share. The SVVR (Silicon Valley Virtual Reality) Convention took place ten days ago where VR products were displayed and demoed. 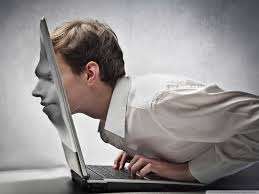 Developers are hard at work envisioning the products of tomorrow. With a million dollars being offered for the best new games, apps and VR experiences, these developers are highly motivated. I especially enjoyed the nudge of my imagination from the video inviting VR enthusiasts to step into Van Gogh’s The Night Café. It’s a bit rough but provides a sense of what one experiences after slipping on the VR headset.

This fascinates me! The potential for various applications of VR seems limitless. Step into a VR surgery room to observe brain surgery … join an African safari with Mount Kilimanjaro towering in the distance … go deep-sea diving without getting your hair wet.

As one might expect, there may be the usual drawbacks. The New York Times Magazine writer Virginia Heffernan offered her perspective in an article last November. Her experience is instructive. During her first VR exposure, she felt the overwhelming need to vomit. With the second exposure two years later, technology had leapt forward far enough to help her keep a calm stomach. What will the technology be like in two more years, or five?

Heffernan suggests VR tech will likely not be applied initially as I’ve posited above, i.e. for educational or business purposes. She notes, “… if it catches on, it must first give pleasure – and be fun.” A good many of the developers are focused on VR for games … with the gaming market already huge and growing bigger every day.

Hearkening back to Timothy Leary era mind-bending, Heffernan suggests VR may attract people looking for a psychedelic experience, some even opting to use VR technology in tandem with drugs. It’s hard to tell how this will develop, but it seems there may be a new entrance into our ever-expanding Brave New World.

Artists and creative individuals are often drawn into experimental methods and technologies, hoping to more adequately tap into their creative drive. Whether VR is an effective means for expanding one’s creative mind, only time will tell.

But I think Edgar Allan Poe offered a knowledgable viewpoint when he said: “I have absolutely no pleasure in the stimulants in which I sometimes so madly indulge. It has not been in the pursuit of pleasure that I have periled life and reputation and reason. It has been the desperate attempt to escape from torturing memories, from a sense of insupportable loneliness and a dread of some strange impending doom.”

We should tread carefully and deliberately into the future world of VR!