As long as we remain on the Netflix queue, there will be movies to watch and talk about. Wednesday night is a movie night here, since our grandson (who lives with us) isn’t working. Last night, we watched The Proposal with Sandra Bullock and Ryan Reynolds. 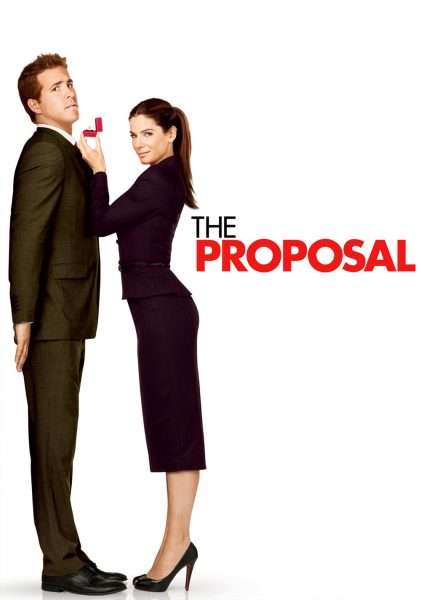 Cute movie. Before we cued it up, I wasn’t sure whether the two guys (husband, grandson) would make it to the end. The blurb on the jacket called it a “romantic comedy.” I thought if it resembled The Lake House, another Bullock film, I’d probably end up watching the movie by myself. Happily, that was not the case. The Proposal is somewhat formulaic but with cleverly written dialogue. It’s interesting to see Bullock playing a bitch aka the boss from Hell. Having enjoyed her in numerous other films, it’s hard to dislike Bullock even when she’s hateful and annoying to everyone she encounters. That’s probably why this movie works. (It wouldn’t have worked with, say, Roseanne Barr or Madonna as the main character.)

The film has a fish-out-of-water aspect that presents predictable comedic situations. Betty White provides comic relief in many of the situations, and she does so with her usual aplomb. The funniest character (in a supporting role) is also the most annoying:  Denis O’Hare as Mr. Gilbertson.  Don’t recognize the name? Maybe not, but you won’t forget him after seeing this film.

There was a suggestion in one review post that the 12 year differential in age between Bullock and Reynolds was distracting. I didn’t know either one’s actual age until I looked them up later. In real life, I have a problem with younger men involved romantically with older women (trust me, I have my reasons), but I guess I’m willing to let a movie entertain me without expecting too much.

On the Netflix ratings, I gave it three stars:  I liked it, but don’t consider it a film I’ll watch again. (It was cute and cute movies generally get a single go-round for me.) One suggestion:  when the credits begin to roll, don’t press “stop.” Some funny snippets play during the credits and they’re worth watching.

One thought on “Movie Night”