Few of us need to be reminded we’re approaching the thirteenth anniversary of the terrorist attacks of 9/11/01. (Because I think it’s appropriate to append the 2012 terrorist attack of the US embassy in Benghazi that also happened on 9/11, I’ll refer to both despicable acts under one general heading:  The 9/11 Attacks.) 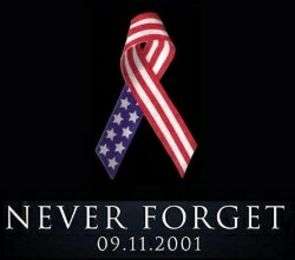 With the world situation as it is right now (radical Islamists rampaging and killing and beheading elsewhere and threatening to spread their terror into the United States), uneasiness over the upcoming anniversary of 9/11 would be a natural response. As with the UK raising its terror threat level to severe, heightened awareness is warranted … but fear / worry / hysteria, etc. is not. The Islamists would like nothing more over the next two weeks than to cause hundreds and thousands of Americans to lose sleep and to act like scared children. I’m not a person who gives in to fear. Part of that fearlessness is rooted in my confidence of knowing if I am ushered out of this world, I will immediately transition into the presence of my Savior. While standing before Almighty God would surely be an awesome reality, I’d have no reason for fear because He has already adopted me into His family “… according to the kind intention of his will.” (Ephesians 1:5-6) This event would simply be a sweet homecoming and fulfillment of His promises!

Another part of fearlessness is understanding what is the right thing to do in a scary situation. I’m not claiming my hands wouldn’t tremble and my gut wouldn’t be churning, but if confronted by a dangerous situation, life experience has taught me to calmly assess the situation and act on behalf of the innocent and helpless (with my own safety a secondary concern).

A number of years ago, I determined it would be prudent for me to obtain my concealed weapon permit to legally carry a concealed firearm. This was a conscious choice as the next step in my overall preparedness, every bit as prudent as laying in bottled water and other supplies in case of an emergency. Some of my friends were surprised; others sheepishly confided they’d already obtained their permits. 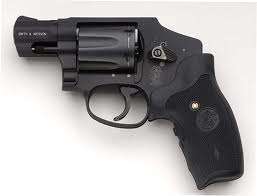 I recall being at a women’s gathering where one older woman exclaimed, “If I knew someone was carrying a gun in her purse, I’d be terrified to be in the same room with her!” What this woman didn’t realize was there were as many as a dozen women in that room already carrying concealed firearms.

My son has urged me to wear a holster so I always have my firearm at hand. I’ve tried that but for me, a purse is my first preference. However, it’s also a challenge to find a purse that’s suitable for a firearm. Through the years, I’ve purchased numerous CCW purses; in the early days, there weren’t as many choices as today’s market offers. I’ve also used ordinary handbags that could be adapted to discreetly enclose a firearm. 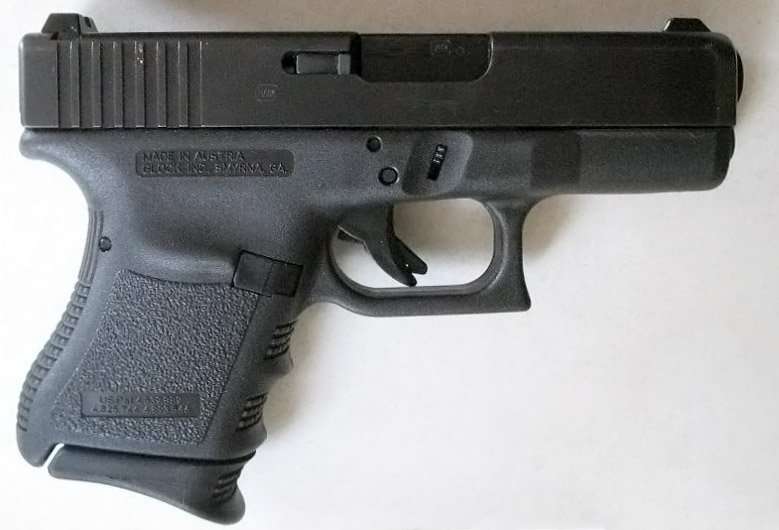 On one occasion, my Beloved and I were attending a fundraising dinner. Any time there’s a crowd, we make a conscious decision to carry (unless the venue prohibits it). I was carrying a non-CCW handbag that was fairly small but with its bottom compartment and a relatively tight magnetic closure, it had worked well for me.

But that night as we were sitting at round tables (with the bag hanging over the back of my chair), someone walked by and roughly banged into my chair and the bag. The magnetic closure failed and my firearm dropped out onto the carpeted floor! Of course, I quickly retrieved the pistol but not before a young man at the next table saw.

The look of panic on his face was priceless! I suppose he’d been taught all his life that guns just randomly go off whenever they’re dropped and was shocked it hadn’t spontaneously shot him dead? As I replaced the firearm in its compartment of my purse, the young man recovered his composure enough to beseech me, “You’re not … you’re not going to hurt anyone, are you?”

In the shadow of terror (not just 9/11 but this dinner took place a brief time after the 1999 school shooting at Columbine High School), his question didn’t surprise me. I assured him I was (1) licensed to carry and (2) only interested in having a fighting chance if bad actors chose the gathering as a place to inflict their mayhem.

Looking back on that incident, I’m not sure my reassurances allayed his concerns. If I’d been mischievous, I might have given him what Flannery O’Connor fans would call a proper scaring. (But I’d never have had the heart to do it.)

In the time since, perhaps that young man has learned enough about this world to understand we must be vigilant and alert for our own safety. Perhaps he’s also learned the wisdom of personal protection afforded by a concealed firearm, a firearm one confidently knows how to use properly and when to employ it for personal defense. It would be a shame for him just to live in fear.

One thought on “No Fear”