Because my Beloved and I are one of the diminishing number of US households that continues to maintain a landline, we’ve gotten used to contending with repeated calls from Heather and/or Rachel from Card Services. Yes, our number is on the Do Not Call Registry. I’ve even gone so far as requesting the phone company block certain numbers. For a short period of time, I even went through the process of filing regular “complaints” on the Do Not Call website. A lot of good that did … wasting more of my time. But the aggravation from these telemarketer/ scammers has continued unabated.

The 2012 news reports that purport a successful FTC action against Heather (including jail time) have yet to be borne out by my experience as she’s still getting through to me. (Is she calling from jail?) As for Rachel, I think she’s still calling, but I’ve stopped answering. 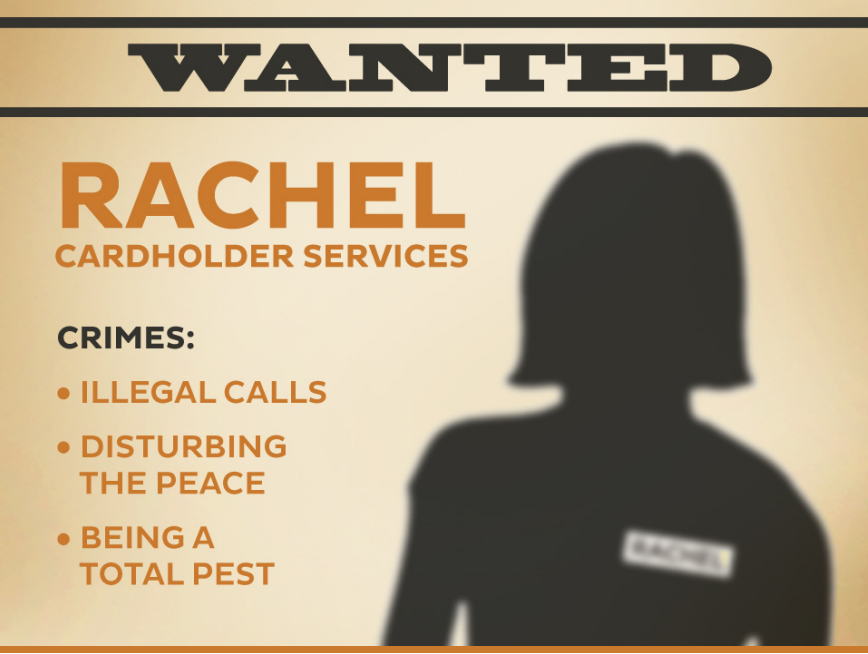 Now, with the Mid-Term Election only three weeks from today, we’ve once more entered that crazy lunatic land populated by non-stop Robocalls and Opinion Polls. Because we’re in Arkansas where there are a number of hotly-contested races, the political ads have been running since March and the polling has seemed almost constant since Labor Day.

Added to the normal barrage of Heather/Rachel robocalls, we now have political calls showing up on our caller ID everyday! I had barely arrived home last evening (about 9:15 p.m.) when through a terribly staticky line, this barely literate individual from Key Research Solutions (so the caller ID told me) rang in at 9:21 p.m. After assuring me he only wanted “a moment of your time,” he carried on this strange “poll” for more than ten minutes. Did I believe this statement is true or not true … and then he’d regurgitate talking points from one or another political ad that I’ve already viewed (more than once or twice) on television during the last four weeks.

True? How would I know? There are so many candidate contentions pouring out over the airwaves right now, who’s to say which ones are true (if any!) and which ones are complete hogwash?? Yes, I’ve heard the candidates (and their campaigns or PACS etc.) leveling charges against the opposition and saying these things. I’ve heard the statements … but is what they contend in these statements true? How. Would. I. Know?

Back in January, I posted about Rachel and her telemarketing calls. More recently, I’ve received calls where the caller ID says I’m receiving a phone call from my own landline. The first time this happened, I was puzzled and I answered the call only to find myself in the middle of another telemarketing spiel. I have since stopped answering, but this makes me mad that even my caller ID is no longer reliable.

I used to have a different view of opinion polls. When someone called asking me to be polled, I responded willingly. You want my opinion? Of course, I’ll be happy to tell you! But the polling today has changed. As with the caller last night, what kind of idiot would I be to agree that this statement or that statement is TRUE when I have no evidence (other than the candidate’s veracity or lack thereof) to verify its truthfulness? I tend to think they’re all creating their own version of the “truth” and I’m worn out trying to sort it out. 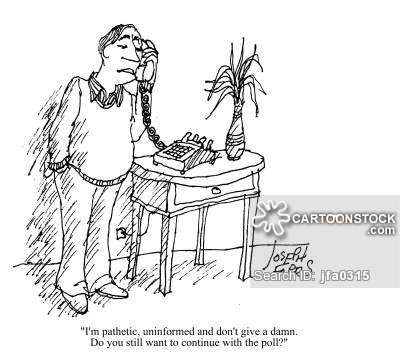 In this era when organizations are collecting all kinds of data on every living, breathing human being, I’m increasingly wary of telling even a casual acquaintance any more than bare factual information. To reveal details over the phone to a faceless individual who is no doubt recording every word I say?

No, I’ve learned my lesson. If these people are looking for an open book, they will no longer find it on a phone conversation with me … no matter how they sweet-talk me seeking my opinion.

So Rachel … and Heather … and Key Research Solutions … and Voter Services … and Stephan McManus … and Aulander NC … and Voter Consumer … and Street Beats … and whoever else ­­­‒ political survey or not ‒ please just buzz off. I’m done.

If you need any additional information about me and mine, you’ll have to go directly to the NSA. Oh, and by the way, the American Community Survey people stopped calling (where did they get my home phone number anyway?) after I refused to complete their survey, so they won’t be able to help you out. You’re going to have to lean on the NSA.

Good luck with that.