Beginning in the Fall of 2014, I commenced a serious personal study of The Book of Job. This ancient biblical account relates the gripping story of Job. Today, we’d say he was highly-privileged and experienced the perks of life few of his contemporaries may have enjoyed.

The book begins with an unremarkable statement: “There was a man in the land of Uz whose name was Job.” The next sentence tells us Job was “blameless, upright, fearing God and turning away from evil.” But within just a couple paragraphs, the situation turns bad — really bad — for Job.

Thus begins an ages-old dialogue probing the goodness (or monstrous cruelty) of Almighty God. The question begs to be answered: why must a righteous man endure suffering? If a man is indeed “blameless, upright and God-fearing” (as the narrative proclaims Job was), then doesn’t he have every right to be exempt from humanity’s pain and affliction?

The characters in The Book of Job include Job, a wife, several of Job’s friends … and most notably, several interactions between Almight God and Satan (the adversary). In my humble opinion, these conversations offer the best glimpse provided in Scripture of monumental events which take place beyond our physical world. We’re given brief access to the Heavenly realm where our Holy God holds court with the “Sons of God.” (Job 1:6) Walking among them is Satan, the fallen angel whose mission is to devour our souls and recruit mankind as soldiers in his diabolical rebellion against God.

It took me almost a year to write (and subsequently post) sonnets covering The Book of Job, all 42 chapters. My final post/sonnet, The Man from Uz, was posted in August of 2015. Although I believed I had finished with these sonnets, I’ve gone back to them often since then. Some of the sonnets were reworked or rewritten.

And … there remained unanswered questions (at least for me). (1) How is it a mere man will so boldly challenge the living God? (2) Did God and Satan mix it up after Job’s restoration? (3) Is there relevancy to Job’s experience for those of us who live in the 21st century?

Eventually, there were sonnets added to the total. This week, One to Tell the Tale was released as an Amazon paperback book. It is a pleasure to offer it there. Additionally, I’m offering a digital copy of the book below. (Click on the title page image below and the book will open in a separate window for easier viewing.) 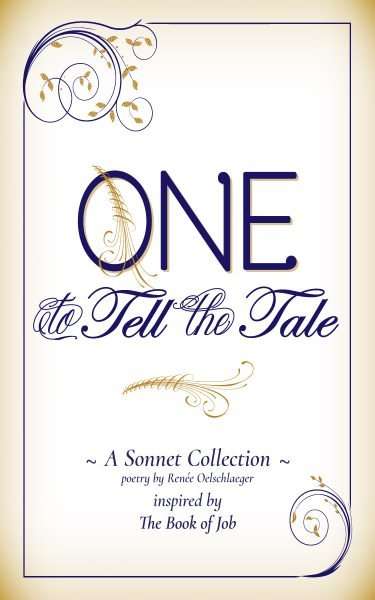