Say goodbye to the first quarter of 2015. Tomorrow, April 1st arrives. Now we all know what that means … it’s April Fool’s Day of course. (One day a year, Mark Twain said, we’re reminded what we actually are the other 364 days.) When we were children, my siblings and I enjoyed pranking one another, but as an adult, I’m not a fan of pranks.

Don’t ask me why because I’m not sure I know. I think it might have something to do with the nature of so many pranks. They’re not usually funny, they’re sometimes terribly cruel, and too often the pranksters have failed to analyze far-reaching consequences that might be caused by their pranks. (Stupidity or short-sightedness?)

Earlier this week, I was reminded by a fellow blogger how many unique causes are associated with the month of April … most notably for me, National Poetry Month. Last April, I made a concerted effort in this space to focus the majority of my posts on some aspect of poetry. 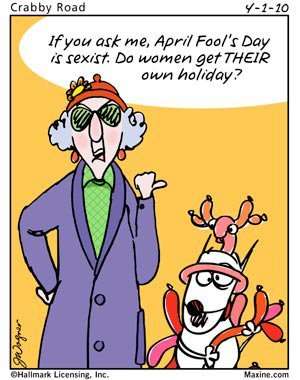 But I must admit my sheepish discomfort in acknowledging the first day of National Poetry Month coincides with April Fools’ Day. How exactly did this happen … and what does it say about those of us who observe the month? Perhaps a piece of light (foolish) verse would be an appropriate expression to begin the month?

In his masterwork, The Waste Land, T. S. Eliot remarked “April is the cruellest month.” Shouldn’t that be enough to persuade the organizers of National Poetry Month to rethink their choice? But apparently, Eliot is not to be believed when it comes to this pearl of wisdom. Cruel? Ah, poets are used to it!

Last April I had a vague awareness that National Poetry Month wasn’t the only wrinkle on April’s poetic landscape. There was also a month-long event dubbed NaPoWriMo, or National Poetry Writing Month. This annual poetry writing event encourages poets to write a poem a day for the month of April. Poets are encouraged to post their poems on individual websites, flooding the worldwide web with oodles of new poems in the short 30-day period.

(NaPoWriMo is not to be confused with NaNoWriMo, the National Novel Writing Month that takes place annually in November.) Are you keeping up? 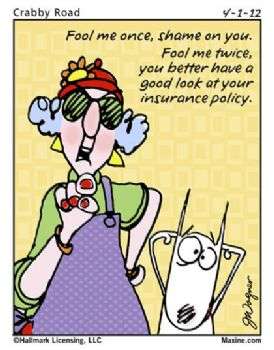 There are naysayers, people who find NaPoWriMo distasteful. I see their point. For me, however, having a specific challenge energizes me, so I’ve decided to participate.

I’m always working on a handful of new poems, with others bare-boned, waiting, simmering in my brain and on scraps of collected paper. I can’t say for certain I’ll write a 100% new poem every single day during April, but I will be posting new ones. (That’s why my poetry posts have been minimal over the last six weeks. I’ve been saving up.)

Of course, there’s always the unintended side effect of driving away those readers who don’t care for poetry. I understand but I hope you’ll stay tuned and allow me to surprise you, to help you warm up to poetry.

One more thing:  Maxine (above) is one of my favorite comic characters. The cartoon at upper left relates to April Fools’ Day, but I’m not a male-basher and in deference to my Beloved and the other men whom I adore, I think it’s always important to emphasize the lighthearted manner in which this cartoon is intended. (I love you, gentlemen! I really do!)