Standing before powerful people didn’t dissuade this woman from speaking the truth as she understood it.

The last couple days have been a time when I’ve struggled in my soul. At midweek, my Beloved left for an overnight trip. (I stayed behind and felt the sting of his absence. He went to visit our daughter and the grandchildren, but chores kept me home. Wahh!)

Already feeling slightly melancholy, I perked up a bit after reading the third chapter of Job. How does anyone consider the troubles of Job and come away thinking his or her circumstances are terrible by comparison? I sure didn’t. No matter how awful life circumstances are for me (and they’re not anything like Job’s), I have yet to curse the day I was born as Job did!

Certainly, the horrific things going on in the world disturb me: beheadings, mass murders, political chicanery. All of these things are awful, yet what good would it do to bury one’s head in the sand?

Then, there’s the foolishness so often being presented as Christian truth, which always weighs on me. One video going around FaceBook shows Mrs. Joel Osteen (Victoria by name) boldly proclaiming a heretical message (of happiness and self-worship) that bears no resemblance to the true Gospel of Jesus Christ. The Osteen empire is not a “ministry” (a misnomer if ever there was one) I respect, so I wasn’t surprised nor even disturbed by viewing the video … it’s pretty much what I’d have expected to see. Still, such nonsense saddens me.

Thankfully, there have been numerous refutations of the Osteen heresy. Dr. Albert Mohler summed it up best, noting:  “Mere happiness cannot bear the weight of the Gospel. The message of the real Gospel is found in John 3:16: ‘For God so loved the world, that he gave his only Son, that whoever believes in him should not perish but have eternal life.’”

Unlike the Osteen pseudo-gospel, the Gospel to which Christ called us is a sacrificial Gospel, not centered in our happiness but rather, focused on our selflessness, our desire to imitate and follow Jesus Christ. The contrast between Mother Teresa and the Osteens couldn’t be more stark.

As I was contemplating these contrasts, my younger daughter provided more food for thought. She mentioned an acquaintance of hers (a woman with six young children) who has just secured her second divorce and explained it all this way:  “I failed to find happiness with my second husband and God doesn’t want me to be unhappy!” 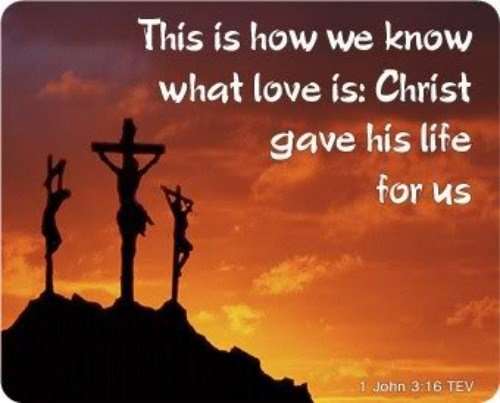 I don’t even know this woman but I am grieving terribly for her children! Imagine an immature child thinking if he or she displeases Mom (i.e. causes her unhappiness), she might just set the child adrift! And since when is it okay for an adult to place his or her happiness as the highest good, over and above the welfare of a child?! (I know, I know … it’s the culture we’re living in, but such selfishness and narcissism makes me crazy!)

Lest anyone misunderstand though, I’m not setting myself up as a model of Christian virtue. I’m not even suggesting Mother Teresa was somehow super-human, though her sacrificial service was extraordinary. I am saying Jesus Christ is the one and only standard. Unfortunately, when it comes to happiness, I guess the God-man couldn’t even match up to the Osteen version of theology because being nailed to a cross would hardly qualify as a happy experience. Would you agree?

When it comes to the Christian quality of dying to self, I’ve got a miserably long way to go. But this much I know:  happiness bears no weight of its own, it is simply a pathetic substitute for the real joy that comes through serving Jesus Christ (and not ourselves).