As a long-time user of Microsoft products, I remember the bad old days. I recall a time when MS Word was a stand-alone product. It was one of the first pieces of software I installed on my Windows 3 computer (maybe 1991 or 1992?) and the software was called Word for Windows. Going from a plain text screen to What-You-See-Is-What-You-Get (WYSIWYG) was a huge step forward, but it was only a word processor. When I needed something fancier for a brochure or newsletter, I had to devise work-arounds to make the word processor emulate desktop publishing functions as best I could. (This was before Aldus Pagemaker became available.) 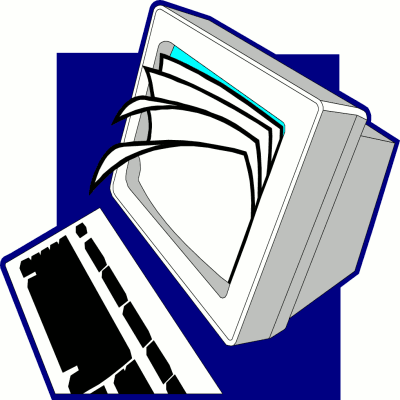 As far as my own writing manuscripts (whether poetry or prose), I only needed Word … but every so often, I’d be temporarily lured away by another product hoping its advertised promises might actually exceed my passing-fair experience with Word (now part of the MS Office package). No matter what product I tried, I always came back. In some respects, my search for another word processor was a never-ending quest. My familiarity with Word is so ingrained, I’ve remained a consistent user … though not always a fan.

This week, though, I’ve wandered off the Microsoft reservation once again ­­­­– and this time, I may have found a winner!

I’ve heard about Scrivener before. Every single time I looked at it, I balked. Why do I need another word processor? I’ve already got my familiar writing patterns fine-tuned and I don’t really want to move files to another format and it’s going to be too big of a hassle to learn a new product and I don’t need to be spending more money for a product that will eventually languish on my hard drive … on and on and on. I had all the excuses I needed to say no. Why do I insist on messing with the status quo?

Besides, not long ago, I purchased iAWriter for my iPhone, iPad and Mac. I like it. It’s clean and simple, but therein lies some of its disappointment. I didn’t buy the Pro side because it seemed unlikely to match the functions of Word. Still, I was frustrated by the inability to format text as I write instead of during a later editing process.

I also liked the way in which iAWriter syncs files (I compose on my iPad and edit later on my Mac) … but I was still copying all the files (poetry mostly) into Word. Can we say cumbersome??! Because of the way I attempt to stay organized, I have five distinct Word files always open on my computer that relate exclusively to my poetry! This is far too redundant, but I haven’t devised a streamlined solution thus far.

Since downloading the trial version of Scrivener, I’ve been playing around with it and viewing the tutorials … and I think this product may mean the death knell of Word (at least for me).

Still, I can’t deny a momentary letdown, especially when I read the disclaimer appearing on the introductory page that relates to Poetry Manuscript Format. It says:  Although Scrivener is generally suited to large text projects, it can also be used to format short works such as poems. Turning those words over in my head, the phrase that kept repeating was generally suited to large text projects. I figured this must be their polite way of saying: Hey Poets, we make no promises.

I immediately expected the product would disappoint as with all the others I’ve tried. However, I figured I’d give the trial software a workout to weigh its word-worthiness. I decided to import a number of my poems to test whether it could work for this poet. Yes, it required a few minimal adjustments, but I think one binder (as they call it) will replace three (and perhaps all five) of the Word files I normally keep open! That’s huge to me!

At this point, I’m in for the penny (so to speak) but I’m also in for the pound. Because there was a special offer ($9 off the $45 price tag) on Goinswriter.com, I decided to take the plunge and actually purchase the software. Tomorrow, I plan to give Scrivener a much more thorough road test and see how well its user design works for me. What I’ve observed thus far gives me hope that my days as a Word slave are quickly coming to an close. This old dog can still learn a few new tricks!