There will be no PMS (Parked Motorcycle Syndrome) this weekend. Instead, we will listen to the recognizable rumble of Harley-Davidson motorcycles, the liquid roar of Honda sport bikes and the impatient screams of Suzuki power bikes. These sounds are mingling in the air and reverberating across the hills of northwest Arkansas this weekend as the Fifteenth Annual Bikes, Blues and BBQ rally has arrived in town for another year. This annual event features music at numerous stages across the region, lots of stunningly good food and the beautiful fall weather for taking long, pleasant rides over roads that snake and meander through the Ozark hills. 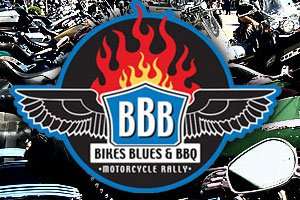 Now don’t get me wrong. I won’t be rollin’ down those highways, nor will I be working my way through all the downtown clubs and outdoor stages to listen to the loud, thunderous music. Not me.

When I do venture out (going to the grocery store or to pick up my mail), I’ll be thinking of alternate routes in order to avoid the roads clogged by thousands of bikers. With as many as 500,000 visitors in town for the event, the city and county streets are pretty much overwhelmed. As luck would have it, I must venture downtown tomorrow afternoon; I’m dreading that trip and will probably have to leave home early in order to reach my meeting on time.

This isn’t a complaint. I’m glad the rally has become an annual event. Bikers coming to town bring plenty of cash to local coffers. Furthermore, the sponsoring organization has donated a ton of money to local charities. These charitable groups help so many people in our community and the bikers have been generous! Having the bikers here for a long weekend is a small price to pay for they good they do. 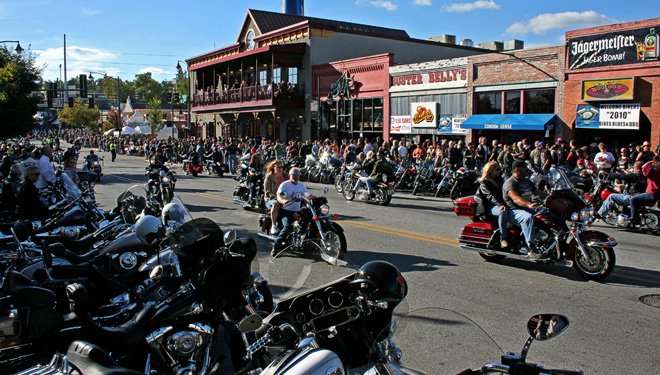 My last motorcycle ride probably occurred when I was a tike and my daddy drove me around the yard on his friend’s motorcycle. Dad had friends who owned motorcycles, but as far as I know, he didn’t have his own (though I’ve always suspected he wanted his own, wished for it too). When he gave me a quick ride on his friend’s bike, I’m sure he first gave a furtive glance toward the kitchen window to see whether my mom was watching!

When our son got his first sport bike, he was fourteen. It wasn’t a powerful bike, only 150 cc. One Saturday, I drove him to his friend’s house in the country where they planned to ride together. Almost immediately (even before I could leave to return home), my son had sped down the meadow, run into an unseen cable and laid the bike over. In the process, he broke his wrist, requiring a trip to the ER.

His early mishap with the motorcycle convinced me (not him) that getting rid of this machinery was the best plan. Of course, I was overruled. The ER physician was a man who loved motorcycles and urged my son (remember, he was but 14 years of age) to go bigger, move up to a 1500 cc bike!

Over my dead body, I thought. 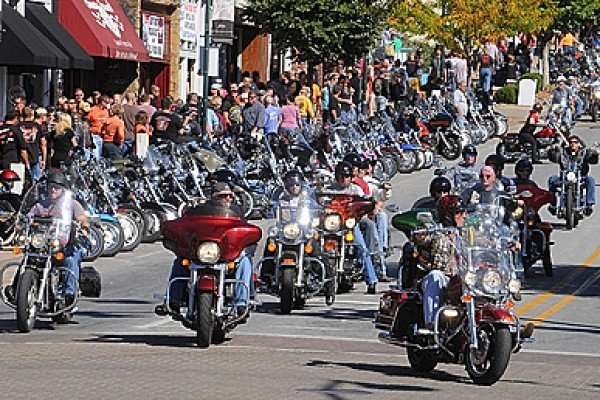 As usual, I was overruled. By the time my son had graduated high school (and spent a semester in college), he was preparing for his first 500+ mile trip to visit his sister in Austin TX … yes, on his 1500 cc motorcycle.

It was during his return trip from Texas that I learned how tedious it is to ride long distance on a motorcycle saddle. My Beloved and I traveled to Texas for an event and we drove back, following in our car behind our son on his motorcycle. (Frankly, I was glad to be in the comfort of our car!)

For all the miles this young man logged on his motorcycle, that first mishap was his only one … But not long after he returned from Texas, he was riding sidekick in a friend’s Jeep when the vehicle was t-boned, causing him to be ejected from the vehicle. He broke his neck!

Following serious surgery (during which his backbone was bolted back together with titanium screws), he got rid of his 1500 cc motorcycle. As his mom, I breathed a sigh of relief. (At least he’d no longer be driving the motorcycle, I thought.) But that was before he found his calling and became a police officer … an officer who mostly drives a police motorcycle.

This young man (about to celebrate his 35th birthday later this week) grew up on wheels. He was not quite four years old when he found a small two-wheeled bicycle and requested the training wheels be removed so he could ride it. Without so much as a moment’s hesitation, he hopped on that bike and rode it as if he’d had two years practice with the training wheels in place! (This was at the same time our daughter – two years older – insisted training wheels be installed on her two-wheeler so she could learn to ride!)

When I look at all those bikers driving around town, loving their transportation, many of them having traveled hundreds of miles to celebrate that sweet freedom of the open road, I think of my young son and how impelled … animated by some unseen but irresistible force … and driven he was to experience the same mobility from his earliest years. I also think of my dad and that wisp of longing I saw in his eyes as he transported me around the yard.

I love Psalm 139, especially verse 14 where the Psalmist acknowledges he is wonderfully made. We’re all wonderfully made! We may resemble others in our families, but none of us are cookie-cutter replicas. We’re all different, and the contrasts are beautiful to behold.

For some folks, the motorcycle experience represents one of those differences. I think it’s apt to say:  That’s the way they roll.