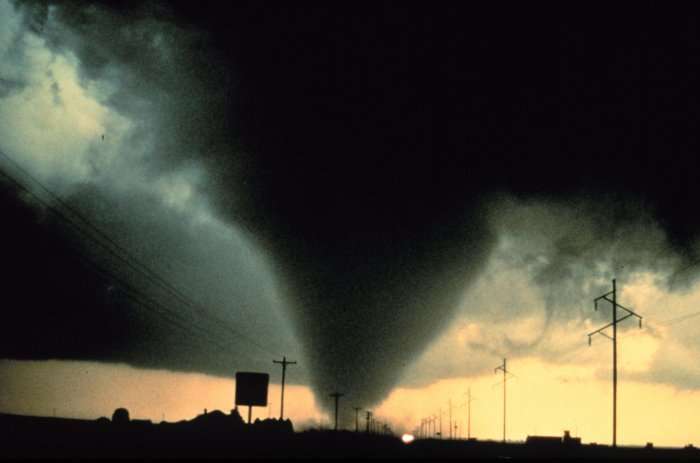 Don’t get me wrong. I know bad things do sometimes happen. Parts of this region are known as tornado alley. I would never minimize the horror of a tornado, but storm shelters and weather warnings have helped us prepare for such events. We’ve learned to look at and read the sky.

But then one day, something almost insignificant happens and everything changes. A troubled man gets fired from his job. This happens almost every day in dozens of places across the middle of the country. Individuals are let go because they can’t quite do the job or the boss no longer needs them or there’s a personality conflict that can’t be resolved or for lots of other reasons. Usually, when a person’s fired, he or she is miffed, slams file cabinets on his or her way out the door and that’s the end of it. Sometimes, they choose to file lawsuits for wrongful termination.

It didn’t turn out that way in Moore, OK last Thursday. A man got fired, hopped into his truck, drove across the business property to a warehouse and attacked the first woman he saw, beheading her. Then he attacked a second woman, but before he could kill her, he was stopped by a Deputy with a rifle.

No one should dare use the term workplace violence to describe this heinous act. A recent convert to Islam, this man’s actions are those of an intentional and radical disciple of Evil. I grieve for the grandmotherly woman he killed; I grieve for her family. I also pray for the woman he next attacked and hope she soon recovers from her injuries. I’m certain she’ll remember the details of this attack throughout the rest of her life.

I’m incensed by this tragedy. There have already been other beheadings in this country … and yet they go almost completely unreported! The savagery of this despicable backward culture masquerading as religion is secreting its way into our communities. When will our leaders wake up and do what’s necessary to rid this evil from our land?