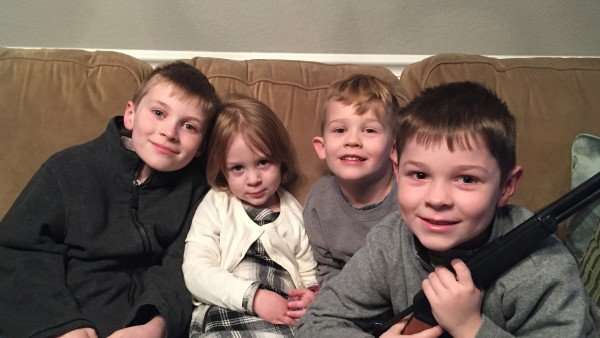 These smiling grandchildren [pictured above with their local cousin] are great kids. We always enjoy being with them and they’re comfortable with my Beloved and me. Still, I acknowledge it’s different when grandchildren (especially one as young as 3) sleep elsewhere, without the familiar comfort of knowing mom or dad is close at hand.

Even though my daughter (the mother of my three grandchildren) is very much like me in her style of mothering and discipline, she’s not me. Her great mothering skills are way beyond the example I modeled for her. Along the way, she has adapted and modified habits I practiced, far exceeding me as a loving and patient mother (which too often, I wasn’t). It goes without saying, she has developed a unique rapport with her children that I’ll never achieve. 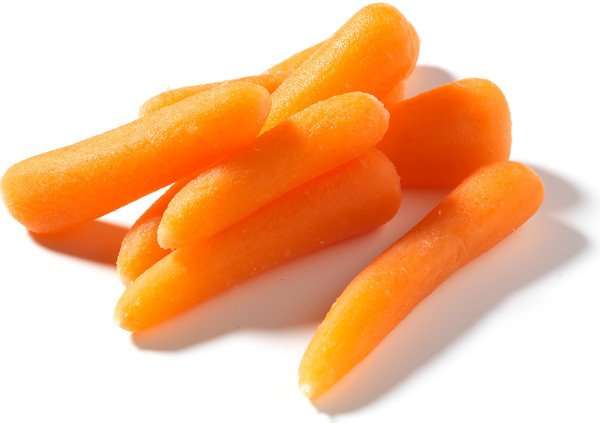 In a sense, I’m groping in the dark on many things. As a for instance, consider feeding patterns. At dinner last night, her middle child finished his meat and wanted to instantly transition to dessert. I asked if he’d like a serving of cole slaw. (No way.) I offered green salad. (Again, no way.) Finally, I handed him a single baby carrot, with the proviso he finish that before he’d be served either a biscuit or dessert.

His eyes entreating me, he attempted to protest, but I immediately cut him off. “That’s the rule,” I said (making up my rules on the fly). Over the next couple minutes, he bit down on the carrot and then slyly dropped it on the floor (but I was watching). I instructed him to pick it up, wash it in the sink and return to his stool to finish eating the diminutive vegetable.

I think by this time, he realized I wouldn’t relent so he went about chewing, biting and chewing some more. (Remember, this is a single baby carrot, maybe an inch and three quarters in length.) There was little drama, but clearly, this was a tough gig for a child unaccustomed to consuming veggies. (He didn’t gag, but I could tell it was a struggle!) When he finished … and followed with half a glass of water … the look of relief on his face was priceless. Naturally, I praised him and quickly set a warm, buttery biscuit on his plate. 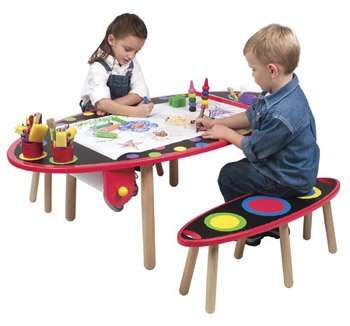 On the surface, the temporary task of mothering three little ones for a couple days isn’t difficult. In fact, it’s a blessing to get a closer glimpse of their individual character away from their parents’ oversight. My carrot-eating grandson showed a grit of character that made me proud. (Maybe his daddy had been extra firm in telling him to “mind what your grandparents tell you to do!“) Not meaning to do so, I pushed this seven-year-old out of his comfort zone to do what was obviously a hard thing for him … and he thoroughly impressed me with his pluck!

At the same time, I’m painfully aware my transition from mom to grandma has become complete. In the years since I mothered little ones (my youngest will be 33 in February), most of my “supplies” have vanished. Oh, there are toys upstairs in the playroom … legos, building blocks, various educational toys and books, but when someone announces “I’m bored” I no longer have a ready supply of the sure-fire distractions I once kept in store.

Furthermore, my “supply” of energy – the drive to keep up with and entertain these little ones, not allowing a moment of boredom (as if they know what that is?) – my energy supply has dwindled down. What irks me is knowing my energy lags, but my wisdom in understanding how to handle them is conversely at an all-time high. The confidence and patience I lacked when mothering my own children? Ironically, it’s an overflowing reservoir today!

My daughter called from Houston a few minutes ago, checking in on her little ones. She didn’t expect to hear a sob story of things gone wrong in her absence; she knows I’m capable. But secondhand mothering should be only an occasional-job … and I’ll be pleased to turn the reins back over to her when she returns to town tomorrow.